By LRU Writer | On: June 09, 2019
Katherine Schwarzenegger shares romance with...spotted together at...they were also witnessed kissing at...it has been reported that they were set up by...they have been going strong with their romance since...recently spotted twining at a...they seems to share something real... 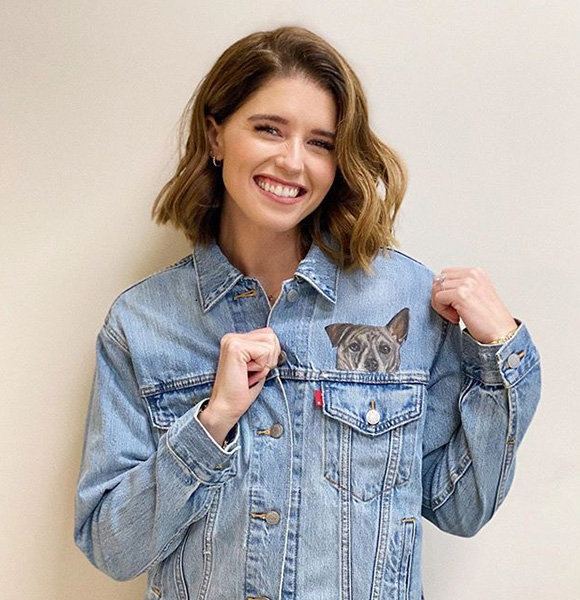 American author, Katherine Schwarzenegger, came forth publicly with her then-new found romance in the summer of 2018.

The oldest daughter among her siblings of actor/politician Arnold Schwarzenegger & broadcast journalist Maria Shriver confessed that she had been dating actor Chris Pratt, better known as "Starlord."

While Katherine and Chris shared their romance publicly, it seemed - at the time - that they had been dating for a while. Their regular appearance together in public fueled their dating rumors.

The romance between them escalated quickly, and eventually ended up in engagement. Despite professing the lack of desire to tie the knot immediately, the lovebirds got married after five months as an engaged duo.

In the summer of 2018, Katherine Schwarzenegger seemed to have ignited a romance. At the time, she appeared to be romantically involved with the Guardians of Galaxy star Chris Pratt, who enjoys the net worth of $40 million.

While the couple didn't make any official statement of their relationship, their PDA signaled that something was cooking between them.

As per the report, it came to light that Katherine and Chris were set up by former's mother Maria Shriver, who is a broadcast journalist.

See Also:- Travis Van Winkle Well on The Way To Get Married! Dating Affair with Girlfriend is That Perfect

After the initial outing, they got spotted spending much possible time with each other. Katherine and her then-boyfriend even got photographed together many times.

The romance rumors first sparked back in June 2018. At the time, the pair were photographed together while they shared a romantic moment during a picnic near Santa Barbara over a Father's Day weekend.

At the end of July 2018, they were even caught showing public display of affection. They got photographed kissing in Los Angeles after they spent time together at a church service and also had lunch with the pastor.

Later, the new couple took Chris's son Jack, who he shares with Anna Faris ( ex-wife of nine years), to get some frozen yogurt together. During the outing, they seemed like a cute family together.

Adding to it, during the first week of August that year, they were yet again spotted leaving another church service. After the service at church, the pair got seen together having lunch at a Beverly Hills hotel.

Moreover, the pair even rode scooters together, and their love date ended with a dinner at Katherine's mother's house.

With their frequent public appearances, it appeared that the romance between the new couple was escalating quickly. Katherine and her then-boyfriend seemed like a real thing, and their fans were hoping for them to last.

Katherine got spotted twinning with Chirs during a dinner with friends from the Zoe Church at the Beauty & Essex restaurant in Los Angeles.

The lovebirds twinned with Denim as their choice of dress for their late dinner. Katherine wore a Denim jacket with black leggings whereas Chris appeared in a full-sleeve denim shirt. The pair looked cute together and seemed like a perfect match for each other. The next morning, they attended the annual Zoe Conference at the Wiltern Theatre.

According to a source at E! News, they were hugging each other, and Chris was whispering in her ear.

In January of 2019, almost a year of dating led the actress Katherine Schwarzenegger and actor Chris Pratt to the engagement.

The Jurassic World star was the first to announce his engagement to the 29-year-old Katherine on 13th January 2019. Sharing the picture of a tight embraced hug following the proposal, he expressed that he is happy that she said yes and is looking forward to getting married.

"Sweet Katherine, so happy you said yes! I’m thrilled to be marrying you. Proud to live boldly in faith with you. Here we go!"

Similarly, Katherine also shared the same picture flaunting her enlarged diamond engagement ring on her Instagram, writing that she wanted to live this life with him. When Katherine astonishingly flaunted her engagement ring, it inevitably caught people's attention. A rough estimate puts the price of the diamond on it at $400 thousand.

Not Rushing Wedding With Husband-To-Be

Despite the speedy engagement, a source close to the pair in late March 2019 revealed that Katherine and Chris were in no hurry to tie the knots -- well, for now atleast.

As per the source, the engaged duo was indeed busy planning their wedding and that the ceremony could be a wintery affair. That said, the yet-to-be-identified source also claimed that the big day could arrive a lot earlier.

According to reports, Chris' son Jack was all set to portray a big part in the lovebird's wedding. He could be his dad's groomsman at the ceremony.

Siblings With:- Joseph Baena & Siblings, Who Are They? Bodybuilding Legend's Son Details

Back in January 2019, another insider claimed that the engaged pair were planning to get married in Martha's Vineyard -- a place where Katherine spent a lot of time growing up.

After announcing the engagement, Katherine and her then-husband-to-become spent valuable time integrating into each other's family.

Proving initial reports - of them not rushing - false, Katherine and Chris tied the knot on 6th of June 2019.

Held at San Ysidro Ranch in Montecito, California, the duo's wedding was a secretive/family affair. Only kins and close friends, including the bride's father Arnold, mother Maria, siblings - Christopher, Patrick & Christina - and the groom's son Jack made the guest list.

On the big day, Katherine donned a gorgeous, white strapless gown with a long trail. Meanwhile, her now-husband Chris looked every bit dapper in a tuxedo.

A day before the ceremony, the married duo organized their wedding rehearsal dinner at a family friend Rob Lowe's Californian estate.

Back in late-April 2019, Katherine celebrated her bridal shower with mom and some of her closest friends. Oprah Winfrey was the notable presence at the event.