By LRU Writer | On: February 21, 2019
André Holland became known to the world with his breakout performance of a gay Chef in the Oscar-best picture winning movie Moonlight...was grinding and landing roles in TV and movies here and there... . 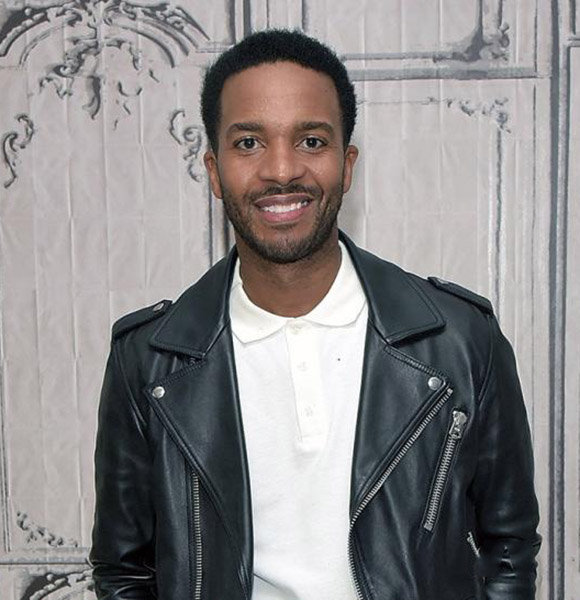 André Holland became known to the world with his breakout performance of a gay Chef in the Oscar-best picture winning movie “Moonlight.”

But, world recognition didn’t come in one day. André had constantly worked on his craft since he caught the acting bug during his childhood. He was grinding and landing roles in TV and movies here and there.

Post Moonlight, things are looking up for him. In his latest role of Netflix project, High Flying Bird, André got cast as the leading man.

Is He Married Or Dating?

With André’s increasing popularity in Hollywood, people's interest in his personal life is no surprise. An intense actor like André, what is his relationship status?

Well, the actor was dating a girl named Monica in 2011. Last seen with her in the opening night of the Manhattan Theatre Club production of 'Venus In Fur,' the couple stopped making public appearances since then. André Holland with his girlfriend Monica poses at the opening night of the Manhattan Theatre Club production of 'Venus In Fur' (Photo: Getty Images)

Nothing about the relationship status of André and his mystery girlfriend is out in the open. For now, the actor known for Selma is busy with his other wife, his acting job.

You May Also Like:- Trevante Rhodes Mysterious About Dating Affair and Girlfriend! A Gay Man?

André of age 39 years is also active in theatre productions. In fact, in 2018 he played the role of Iago in the Shakespeare's Globe Theatre's production of Othello in London.

It was his mother, who took him to watch one of his first plays "The Piano Lesson," and inspired him to become an actor. A mere 11 years old, Little André’s drama teacher also motivated and assured him about his acting talent.

In his pursuit of becoming a professional actor, Alabama native graduated from Florida State University in Tallahassee earning a Bachelor’s in fine arts. Then, he traveled to Paris to study at the Theatre du Soleil in Paris under filmmaker Ariane Mnouchkine. In 2006, he returned to the states to earn his M.F.A. at New York University’s Tisch School of the Arts.

Other than his breakout role in Moonlight, André has quite many movies and TV shows under his credit.

In 2011, he got cast in a lead role in TV series Friends with Benefits, but the show got canceled in the first season. A guest star in ten episodes of American Horror Story: Roanoke, he then starred in Hulu’s Castle Rock(2018) based on Stephen King's Multiverse. André’s movie roles include 42, Brides Wars, Sugar, Black and White and more.

Florida State University alum of height 5 feet 9 and a half inches (1.77 m) finally got his due as he won Robert Altman Award, Independent Spirit Awards in 2017.

Well, the son of religious parents should thank his parents for their constant support and prayers. It is their upbringing and nurturing which brought him this far. And, reciprocating the affection, he is exceptionally close to his parents. He calls them every Sunday before their church visit.

His parents' blessings and his hard work will surely keep increasing his net worth.