By LRU Writer | On: August 27, 2019
Andrew Sendejo is an experienced NFL player... remained undrafted in 2010 drafts... played at lower leagues... showed he can play in the NFL... his girlfriend is an animal blogger... signed a new contract despite age... 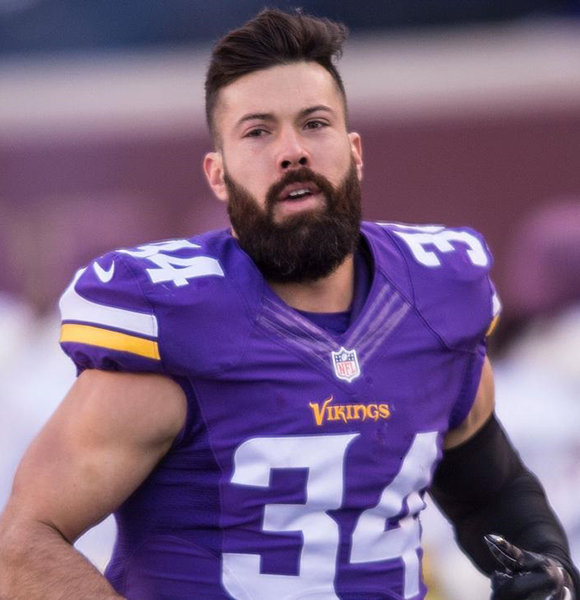 Andrew Sendejo didn’t get right into the big game scene.

After getting thrown out as a non-draft in 2010, Sendejo got into the now inoperative United Football League (UFL). Slowly but consistently, he proved he could compete in the NFL and eventually got his chance to shine.

Now, the 31-year-old is on his ninth season in the league. While many players start making plans for retirement by this age, Andrew is going strong and looks unstoppable at the moment.

The Texas native was born on 9th of September, 1987 to parents Gary and Brenda Sendejo. The athlete of South American ethnicity has not disclosed much on his Mexican parents apart than their names.

While most players quit their colleges to go pro, Andrew took his education and career along together. It came as a shock when the talented footballer remained undrafted in the 2010 NFL Draft.

Ano0ther NFL Star:- Where Is Troy Polamalu Now? The Man Whose Stats are Still A Milestones

Post getting rejected by NFL, Andrew played safety for the Sacramento Mountain Lions in the UFL. He later joined Dallas Cowboys and New York Jets for brief stints before settling at the Minnesota Vikings.

As of 2019, Andrew Sendejo is on a one-year contract with the Philadelphia Eagles and is considered a fan-favorite.

About his measurements, the athlete boasts a towering height of 6 feet and 1 inch (1.85m) along with a constant body weight of 94 kgs.

Fans all over are curious to know whether Sendejo is married or not. While the idea of sharing his household with a wife doesn't sound alien to the NFL star, he is not yet ready to get married.

However, he still maintains a happy dating relationship with his girlfriend, an animal blogger named Chloe Vickers. Born on 20th November 1990, she is two years younger than Sendejo. A well-educated woman, she graduated from the University of Texas.

With their relationship running strong, it might not be long before the two get married.

With tons of experience in the NFL, Andrew is arguably one of the most consistent players in the league. A regular starter for the Minnesota Vikings team, he was also one of the most reliable players.

From 58 starts from a total of 93 games played, his stats boast 355 tackles, 17 passes defended, six interceptions, one forced fumble, and one sack.

His invaluable experience earned him a new contract in 2019 with the Philadelphia Eagles despite his age.