By LRU Writer | On: March 05, 2020
Angela Robinson is an American TV actress who is known for her long-running role of Veronica Harrington in the TV show The Haves and the Have Nots...is married to Scott Whitehurst...tied the knot on the 14th of September 1996...adoted a baby on Father's Day 2018...her wiki is given below... 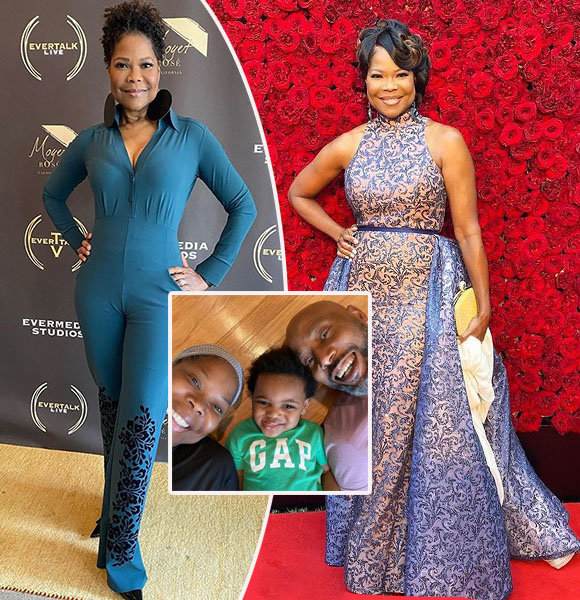 Angela Robinson is a famous actress most known through her role in the Oprah Winfrey Network’s TV show, The Haves and the Have Nots. She has been portraying the character of Veronica Harrington in the series from 2013 onwards and has appeared on 115 episodes of the show.

The Haves and the Have Nots is one of her only three acting credits. Her other two works are the portrayal of Mrs. Wheeler in an episode of Law & Order: Special Victims Unit in 2005, and Sally in a short video titled Another Bed in 2001.

Angela is married to actor Scott Whitehurst. The couple tied the knot on the 14th of September 1996.

Angela and Scott have suffered from infertility issues throughout their married life. The couple tried to get pregnant for 20 years. They tried IVF six times. However, it couldn’t get them a baby biologically.

Another Person With Infertility Issues:- Basketball Legend Cheryl Miller on Infertility: Splendid Net Worth But Never Been Married. Lesbian?

Therefore, to become parents, the couple decided to adopt a kid. Angela and Scott adopted a baby on Father’s Day in 2018. Robinson Scott, their adopted son, was born on the 21st of March 2018.

According to Celebrity Net Worth, Angela Robinson owns an estimated net worth of $3 million.

Angela was born on the 17th of April 1963 in Jacksonville, Florida, the United States.

Her father, who was an army veteran, has already passed away.