What is Angelica Hale Doing Now After America's Got Talent?

Angelica Hale is a singer known for her appearances in the reality shows: America’s Got Talent: The Champions (2019) and America's Got Talent (2017).

In the latter, she became the youngest runner up of the show ever. Further, she managed to reach the top twelve of America’s Got Talent: The Champions.

What is Angelica Hale Doing Now After America's Got Talent?

Angelica has made waves as the powerhouse singer of the twelfth season of AGT. Although she couldn’t grab the winner’s title, she has done pretty well as a young singer.

And, she performed exceptionally well on AGT Champions; Angelica won a golden buzzer from Howie Mandel. Further, she had previously won the coveted buzzer on AGT from guest judge Chris Hardwick.

Along with singing on TV shows, Angelica has spread her wings towards acting. She was a voice-over artist in the TV series, T.O.T.S. (2019) - where she portrayed the role of Peggy, the Polar Bear.

Moreover, she is set to appear in the 2020 film, American Reject as Anna.

The singing prodigy is doing exceptionally well. To date, she has over eight appearance credits as a singer on various TV shows.

Further, she is often invited to perform in various events. Some of Angelica’s gigs include Dr. Martin Luther King commemoration and Macy's Thanksgiving Day parade.

Along with her paid appearances, the reality star also earns decent money from YouTube. Angelica’s self-titled YouTube channel boasts over one million followers. The channel fetches average monthly earnings between $644 - $10.3K, which converts to yearly income between $7.7K - $123.6K.

Angelica was born to parents: James Hale and Eva Bolando. While the family of three was growing, they went through major adversity when the reality star was four years old. Well, Angelica suffered from double pneumonia and kidney failure as a pre-schooler. 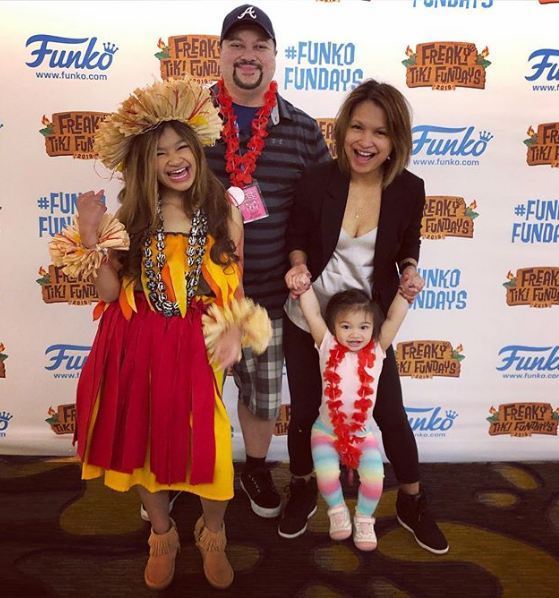 After the hospital stay for months and back and forth regarding her health, Angelica got a new life after receiving a kidney transplant from her mother in 2013.