Who Is Anna Burns? Wes Welker's Wife Exclusive Bio That You Must See

By LRU Writer | On: December 06, 2019
Anna Burns is a former model known for being associated with the Hooters. She...Anna got married to her husband Wes on 25 June 2012. The couple’s...Anna and her husband were first linked in 2010. The low-key couple managed... 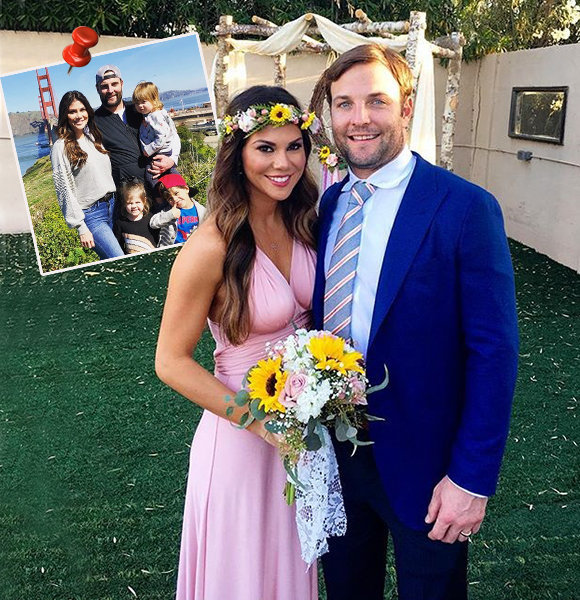 Anna Burns is a former model known for being associated with the Hooters. She used to work at Hooters of Fayetteville, North Carolina and was featured in Hooters' magazine and calendars. Further, in 2005, she won the Miss Hooters International Swimsuit Pageant.

In recent years, she was in the news for her marriage with former American footballer, Wes Welker.

Anna got married to Wes on 25 June 2012. The couple’s marriage was a grand affair as they became united in front of their friends and family in Aspen.

Fast forward to August 2015, Anna and her husband became parents to twin babies: Caroline and Carter Welker. The couple remained a family of five, including their rescued pup, Penny, for a couple of years. Then, in July 2017, Anna gave birth to another boy, Coleman Jack Welker.

Anna and her husband were first linked in 2010. The low-key couple managed to attract attention when she was spotted sitting in the owner’s box with then Wes’ team, New England Patriots.

The pair then went on to remain mum about their relationship and finally made headlines when they got engaged in January 2012. It was reported that Anna had asked the former footballer for a bracelet, but he got a diamond ring instead.

Even the engagement news was merely a rumor at the time. But, when the couple finally got married later in the same year, their commitment towards each other became apparent.

Anna’s husband was one of the top players of the NFL in his heydays. Playing for the New England Patriots, he managed to make it to the All-Pro team a total of four times. Further, he was the recipient of the Ed Block Courage Award twice.

After leaving the Patriots, he was a part of the Denver Broncos and Los Angeles Rams. Finally, in 2015, he retired from the game.

Post the end of his athletic career, Wes chose to work behind the scenes in football. Thus, he joined the Houston Texans as their offensive/special teams assistant in 2017. After spending two years with the Texans, he joined the San Francisco 49ers as the wide receivers coach.

With a long and successful career in football, Wes boasts a net worth of $20 million.

Facts About Anna Burns Including Bio