By LRU Writer | On: January 24, 2020
Annabella Sciorra is a Hollywood actress known for her roles in movies such as...one of the many victims of sexual misconduct by Harvey Weinstein...was married to Joe Petruzzi from 1989...divorced her husband in 1993...dating Bobby Cannavale in around 2003...her age as per her wiki...stands at the height of 5 feet 4 inches (1.63 meters)...as of now... 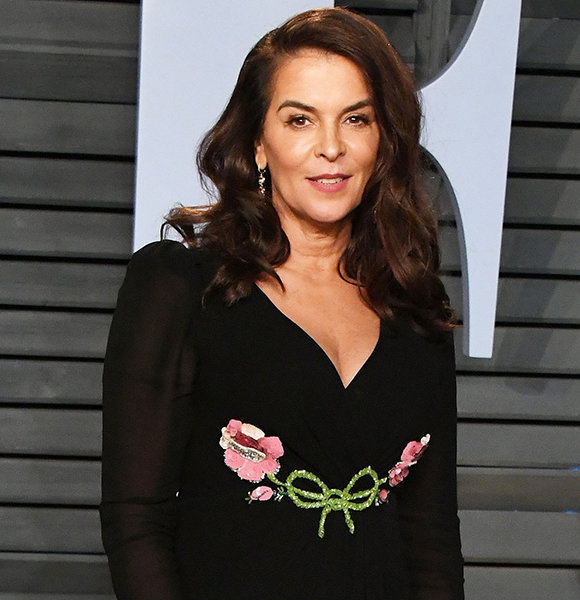 Annabella Sciorra is famous for appearing in the famous TV show, The Sopranos, from 2001 to 2004. She is also known for her role in the 1992 movie, The Hand That Rocks the Cradle.

Annabella has gathered a total of 69 credits as an actress, with 2 as a producer.

She is also in the media for being one of the victims of Harvey Weinstein and testifying against him on the court on the 24th of January 2020.

Annabella is one of the many victims of sexual misconduct by Harvey Weinstein. The actress first came forward with the rape accusations in October of 2017. She revealed scary details during her court testimonial on the 24th of January 2020.

Harvey allegedly forced himself into her apartment and sexually attacked her. This attack happened around 25 years ago, in the winter of 1993-94.

According to Annabella, she confronted Harvey a few weeks after the first attack happened. She said that Harvey’s reaction was menacing and threatening. His response made her scared.

The harassments didn’t stop there, as Harvey continued to bother Annabella. He also tried to force himself on her at the 1997 Cannes Film Festival. However, this time, he could not succeed.

The incident that allegedly happened to Annabella would have happened too long ago to be pursued under New York law. However, prosecutors intend to take Annabella’s testimony as support for their argument that Harvey is a sexual predator.

The case is now unfolding and is expected to conclude in early March 2020.

Annabella got married to Joe Petruzzi on 31st December 1989. However, they decided to end their relationship after years and their divorce was confirmed on the 20th of July 1993.

Then, in around 2003, she met and started dating the then-33-year-old actor, Bobby Cannavale. She was 11 years his senior when they started a relationship. However, Bobby left her to date Alison Pill. Annabella has chosen to stay single after two unsuccessful relationships.