By LRU Writer | On: January 17, 2020
Phoebe Waller-Bridge is a writer and actress...BBC series Fleabag...took home three Emmy Awards...dating Martin McDonagh...previously married to the renowned Irish documentary filmmaker and presenter, Conor Woodman...does not have any children...born on 14 July...stands at a height of... 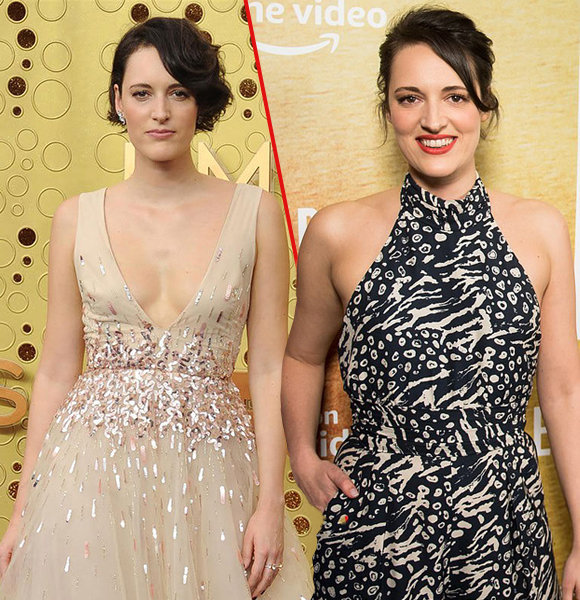 Phoebe Waller-Bridge is a writer and actress who took the world by a storm from 2016. Best known for her BBC series Fleabag (2016), she took home three Emmy Awards for the show in September of 2019.

Phoebe is dating Martin McDonagh, an Oscar-winning writer and director. The two were first linked together after she attended the screening of Three Billboards Outside Ebbing, Missouri, towards the end of 2017. When asked about her relationship with Martin in a 2019 Vogue interview, she refrained from answering and replied,

"I am not going to talk about that."

The Fleabag writer and star had been a fan of his work even before the two started going out. In The Guardian interview, she spoke about how great of an impact Martin’s The Pillowman had on her. She went into detail regarding how the work had made her feel. In her own words:

"It was the first play I saw that made me think theatre can be really exciting. Sometimes you need to see something like that–a piece of work that wakes you up, that makes you go, 'Yes, of course that can be done' and gives your imagination permission to go 17 million other places. I felt like that about his work." Phoebe was born on 14 July 1985 in London, UK. Her father, Michael Cyprian Waller-Bridge is the founder of Tradepoint- an electronic trading platform and her mother works for the Worshipful Company of Ironmongers.

She is the middle child and has a younger brother and an older sister. Her brother Jasper is a music manager while her sister is a music composer who wrote music for Fleabag.

Phoebe studied at St Augustine’s Priory and later enrolled in DLD College London in Marylebone. The showrunner graduated from the Royal Academy of Dramatic Art in London.