Harvey Weinstein Wife & Dating Status, Where Is He Now?

By LRU Writer | On: January 24, 2020
Harvey Weinstein shares the custody of his two children with his ex-wife...dating status...Harvey Weinstein's then rumored girlfriend...producer whose net worth stands at...as of now...actress Annabella Sciorra gave an emotional and unsettling testimony against Harvey...for sexual misconduct after...raped her in the winter of...his girlfriend... 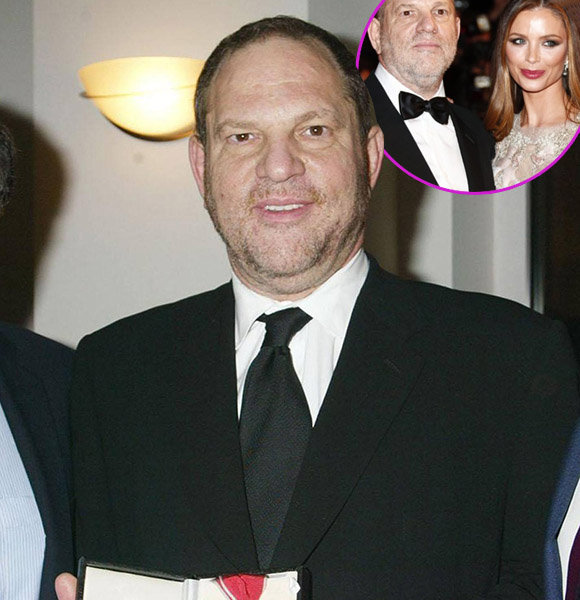 American producer Harvey Weinstein was involved in notable movie projects including Pulp Fiction (1994) and Gangs Of New York (2002). He is also the co-founder of Hollywood mega studios Miramax and The Weinstein Company.

He is also the winner of 7 Tony Awards and bagged an Academy Award for producing Shakespeare in Love (1998).

Where Is Harvey Weinstein Now?

As of 2020, the businessman is on trial for sexual misconduct after actress Annabella Sciorra gave an emotional and unsettling testimony against him, on 23rd January 2020. The Sopranos actress revealed that he had raped her in the winter of 1993-1994. As per her,

He got on top of me and he raped me. He had intercourse with me and I was trying to fight him, but I couldn't fight anymore because he had my hands locked.

Moreover, as per his accuser, he continued to harras her. During the 1997 Cannes Film Festival, the producer allegedly came to her hotel room door with a bottle of baby oil and movie tape.

His New York trial is expected to conclude in early March.

Overall, to date, the lauded producer has been accused of sexual harassment by more than 80 women, all of which he denies.

Back in 2019, Harvey was romantically linked to actress Alexandra Vino. The two were spotted spending time together on two different occasions that year.

The first one was in October at Downtown Bar in Alphabet City, New York at the event called "Actor's Hour."

Interestingly, the movie mogul's partner came to his defense when a standup comedian protested his presence since he has been facing sexual assault allegations from several women including actress Ashley Judd. Likewise, on 7th November 2019, he attended the Manhattan nightclub event with Alexandra. At the venue, she was spotted giving him an intimate lap dance and wrapping her arms around him on numerous occasions.

Harvey's first marriage was to producer Eve Chilton. They got married on 21st November 1987 but eventually divorced on 21st February 2004. Their marriage resulted in the birth of his three daughters.

After that, he got married on 14th December 2007 to actress and director Georgina Chapman after starting to date her in 2004. This relation too couldn't last long since they parted ways by getting divorced in 2018.

Harvey shares the custody of his two children with Georgina.

Harvey has an estimated net worth of $25 million as per Celebrity Net Worth.