By LRU Writer | On: January 08, 2020
British game show host Anne Hegerty is best known...also contributed to...selected among the top fifty champions...was born on...not a married woman...does not have any children...surrounded her with some lesbian rumors...made her sexual preference pretty clear...an estimated net worth... 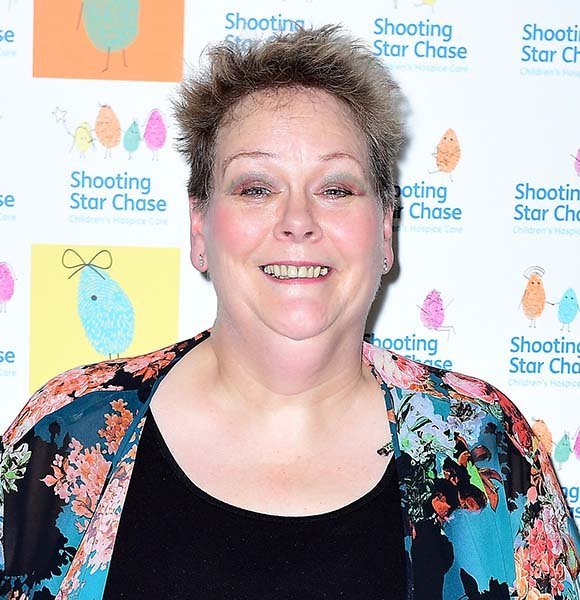 Apart from that, Anne has also contributed to other quiz programs, like Are You an Egghead?, Brain of Britain, and Mastermind.

Further, in 2014, she was also selected among the top fifty champions in the World Quizzing Championships.

Anne Hegerty was born on 14th July 1958, in Westminster, London.

Dubbed as one of the smartest women in the world, Anne has established herself as a competitive quizzer.

However, her life has not been the easiest. At one point, she was struggling with piles of debt on her head. It was a social worker who helped her secure an audition for The Chase.

Since then, Anne's life has been a success story. Anne Hegerty all dressed up for her appearance on The Chase (Photo: HuffingtonPost)

After spending years as a contestant on the quiz shows, in 2018, Anne stepped up to the role of hostess in the ITV family quiz show, Britain's Brightest Family.

Anne is not a married woman. However, there was information on Wikipedia that suggested that Anne was married to a guy named Jake Hester.

When fans on Twitter asked Anne about her husband as per Wikipedia, she replied,

Is that nonsense still on Wikipedia? I’ve never knowingly met a Jake Hester!

From that statement, it is clear that Anne is not married to any Jake.

Since Anne is not married, she also does not have any children. But, she does have an interesting take on children.

According to Anne, children are chaotic, and raising them is incredibly expensive. Further, she also insists that she is glad that she does not have a family of her own.

No, Anne is not a lesbian

She has made her sexual preference pretty clear through a tweet in 2014,

I'm not a lesbian, so wouldn't want a girlfriend, and I keep my private life private :)

Later, Anne also said that she was, in fact, flattered and that she acknowledged the support from LGBTQ+ fans.

Anne Hegerty's decade long career as a quiz show host and contestant has rendered her an estimated net worth of $3 million.