By LRU Writer | On: October 02, 2019
Anne Winter was seen in...But, in that brief moment alone everyone was sure what she was...are always on the mix of things when it comes to...first appearance as a couple in front of the media came in March 2018 at the...moved to LA to pursue a full-time career in... 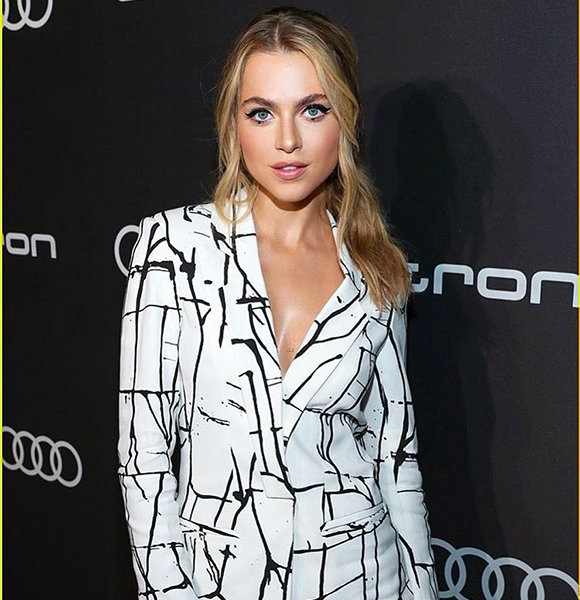 The first glimpses of Anne Winters were seen in the 2009 short-movie, Gloria. Then, she followed it with TV shows like The Fosters and Wicked City.

However, her acting jouney wasn't easy. Like most aspiring actors, Anne left her hometown Dallas and shifted to Los Angeles.

What a decision it was! From a high school girl who acted in commercials to an acting star, Anne Winters's acting journey is remarkable.

Dating can be tricky as it is, add being a celebrity to the mix, then it becomes a different ball game. Maybe to protect her relationship, Anne Winters kept her romance a secret for the longest time.

The 5 feet 3 inch (1.6m) actress is in a relationship with boyfriend Taylor Beau. It all started from their first meeting in 2014 during a camping trip in Malibu. And, they have been inseparable ever since.

However, their first public appearance as a couple came in March 2018 at the Oscar Viewing Party. The loving couple looked perfect for each other. Also, they worked together in the music video Faded, which premiered in April 2019. As of now, the loving couple is yet to get married. But, their fans have their fingers crossed as they are a husband and wife prospect going ahead.

Born in Dallas, Texas to parents Harry and Karen Winters, Anne was raised alongside a sister Lauren Winters in a family of four. As a child, the Gloria actress was a prolific singer, who performed her first solo song in front of a packed American Airlines Center.

Later, she tried out acting in high school from where she featured in over a dozen national commercials and independent films. In no time she was busy splitting time between studies and work.

Post graduation she moved to LA to pursue a full-time career in acting. Now, she is a budding new talent in the film industry with a lot of potentials.

Versatility has been the key to the 25-year-old Anne Winters's success. With a decade in Holywood, she has managed to accumulate over 20 acting credits.

Similarly, her average salary as an actor of $49,923 per year got a significant boost from her recurring roles in TV shows;13 Reasons Why, Grand Hotel, and Zav and Mia. Also, she has worked in movies like A Christmas Snow and Summer Camp. Thus, her net worth is also always on the rise.

As of 2019, her movie, Countdown is in post-production. Looking at her rapid growth, she is bound to reach new heights in the future.

Apart from acting talent, what makes Anne Winters stand out is her stellar body. Talking about her measurements, she weighs in at 47kgs, and her body size is 29-21-31 inches.