By LRU Writer | On: September 25, 2019
Everyone who has seen Disney’s hit show, Hannah Montana, recognizes Mitchel Musso as Oliver Oken...But to say that Mitchel is just an actor would be fallacious...Mitchel Musso celebrates his birthday on...Mitchel’s Hollywood debut happened at a very tender age...Mitchel has already accumulated a total net worth of... Mitchel has been linked to multiple people...the girlfriend and boyfriend... 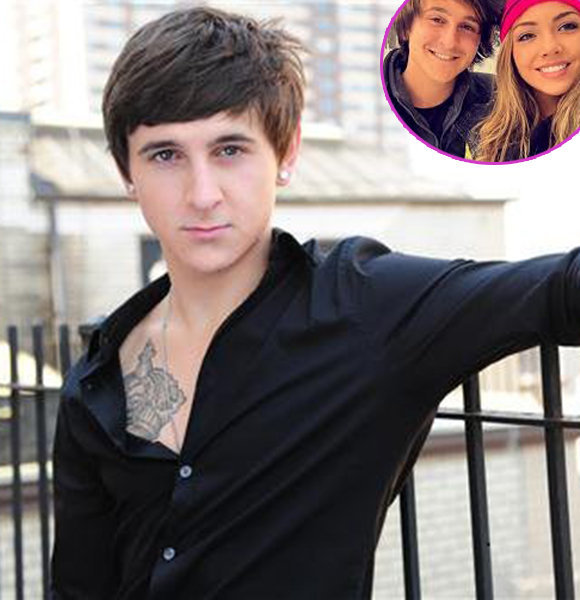 Everyone who has seen Disney’s hit show, Hannah Montana, recognizes Mitchel Musso as Oliver Oken. He was the friend of the leading character, Hannah Montana played by Miley Cyrus.

The young actor also acted and lent his voice in different - but not limited to - Disney shows. His filmography includes movies like Phineas and Ferb, Pair of Kings, Life is Ruff and Monster House.

But to say that Mitchel is just an actor would be fallacious. The former child star is also a talented musician and has released an album and an EP.

Born in Garland, Texas, the 28 years old Mitchel Musso celebrates his birthday on 9 July. He was raised with two older brothers Marc and Mason Musso by parents Katherine and Samuel Musso.

Growing up, Mitchel was always inspired by his brother Musso’s passion for music which later led to his career in music.

Although his passion was in music, he got an opportunity to act alongside his brother Marc in the movie Secondhand Lions in 2003. The film became his full-blown Hollywood Debut. From that moment onwards, the child actor played in different movies and TV shows.

Another Child Actor From Our Vault:- Gaten Matarazzo Girlfriend, Parents, Net Worth

Since Mitchel began his fame-filled life at an early age, he did not have much time to go to school. So, his parents homeschooled him for most of his childhood.

After his breakout in Hollywood, he appeared in an episode of the 2004 TV series Oliver Beene and, in the series Squirrel Boy in 2006. Mitchel acted in different shows for smaller roles before landing his part in Hannah Montana. Since the show aired internationally, he became a well known international star and voice-acted in quite a few of Disney’s TV series and movies.

Even when acting made his career, Mitchel did not forget about music. In 2009, Mitchel released his debut album called Mitchel Musso, living his dream of being a musician. He did not stop there, as he published his second EP Brainstorm in 2010.

Having made a name for himself at such a young age, Mitchel has already accumulated a total net worth of $3 million.

Like any celebrity, Mitchel has been linked to multiple people; with or without evidence. As such, he was associated with his Hannah Montana co-star Emily Osment. They reportedly were in an on-and-off relationship from 2007 to 2009.

Similarly, he allegedly dated Gia Mantegna, Katelyn Marie Tarver, and Cody Kennedy in the past.

As of 2017, Mitchel was purportedly dating Haley Rome. The speculations were made when the duo posted loving messages to each other on Instagram. However, when Mitchel was spotted by a fan walking alone in September 2019, the rumors of the girlfriend and boyfriend breaking up hit the internet. Whatever the speculations are, the truth has not yet unfolded.

As for the actor-musician's gay rumors, it is highly unlikely as he has been associated with quite a few girls in the past.