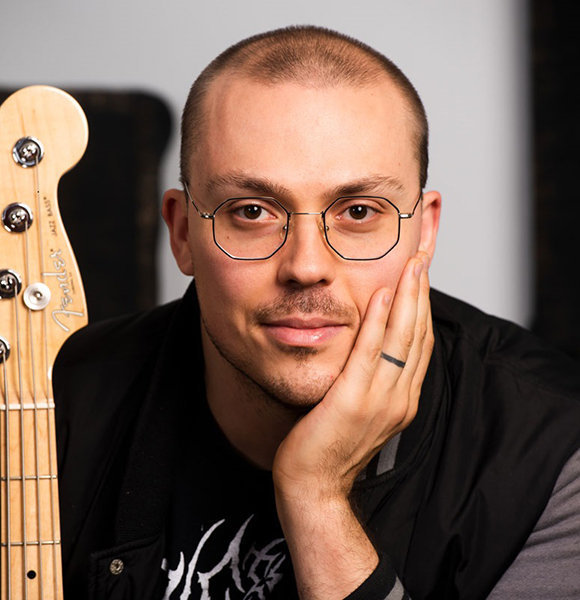 Self-proclaimed "The Internet's Busiest Music Nerd," Anthony Fantano operates under the moniker, The Needle Drop. Reviewing and critiquing the latest releases, he shot to YouTube stardom around the early-2010s.

With an immense fan following online, Anthony is perhaps the most influential music critic of the 21st century. As it always does, his position in popular culture continues to meet with the public's interest in his personal life.

Read along to get an inside scoop into his married and family life!

As someone who is very vocal about his musical preferences, Anthony appears reluctant to do the same when it's about his married life. Other than a few occasions where he featured his wife Dominique on YouTube videos to discuss music, he rarely sheds light on his better half.

The only window into Anthony's married life with wife Dominique is through his tweets. On the social media giant, he leaves little nuggets of their relationship for fans to devour and ponder.

A pilates instructor by trade, Dominique is an African-American woman by descent. Long before Anthony skyrocketed to international superstardom, she was his number one muse. Dating probably since their 20s, Anthony and his wife Dominique celebrate their wedding anniversary on 5th June every year. The couple possibly got married before the year 2015.

Anthony's infatuation with music criticism began in the 2000s as he discovered the indie music scene. Convinced that his musical insight was worth an audience, he then began hosting an on-air version of The Needle Drop in 2007 at Connecticut Public Radio. Also that year, he started blogging.

The year 2009 marked his foray into the world of YouTube. His explosive takes on rock, pop, electronic, metal, hip hop, and experimental music eventually made him into a go-to YouTube music critic. Spin even dubbed him "Today’s Most Successful Music Critic" in 2016.

Releasing YouTube videos daily, Anthony earns a six-figure sum income every calendar year. Add the merchandise money in the mix, and he should boast a seven-figure net worth.

Like preceding years, the YouTuber embarked on a cross-country tour in 2019. The tour stops included prominent states such as North Carolina, New Jersey, New York, Virginia, and Georgia.

Anthony was born on 28th October 1985. A native of Connecticut, New England, he turned 33 years of age in October 2018. Growing up, he had aspirations to become a cartoonist.

As a teenager, the YouTuber was severely overweight. To avoid mocking, he adopted a strict vegan and began exercising. Later, his vegan lifestyle became a life-long promise.

Raised alongside his brother, Anthony witnessed his family go through trial and tribulations because of his parents' divorce. Despite everything, he recieved unconditional support from both his father and mother.