By LRU Writer | On: June 21, 2019
Tray Bills is a YouTuber and musical artist...garnered over 300 thousand subscribers on his self-titled YouTube channel...burst into the music scene with songs like...boasts a net worth of...enjoys a meaningful dating life with girlfriend, who is also a... 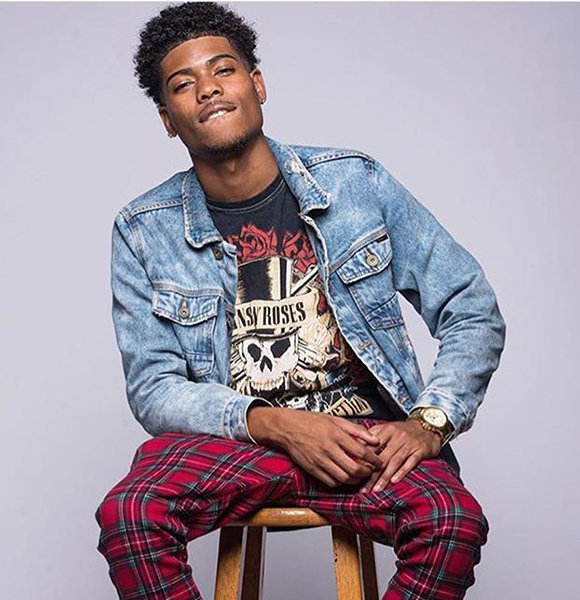 Tray Bills is much more than a "Soundcloud rapper." A multi-faceted talent, the Atlanta-born musician is also a keen learner.

Besides showcasing a penchant for modeling and acting, he also excels at vlogging. Together with friend-turned-collaborator Chris Gilly, he operates the YouTube channel, Chris and Tray, which has garnered over 800 thousand subscribers to date.

On his own, Tray boasts over 300K fans on his self-titled YouTube channel. Meanwhile, his Instagram followers count stands at 783 thousand in June 2019.

A YouTuber by trade, Airionna runs the channel, Iam Just Airi. In essence, she is a fashion/lifestyle guru, who sometimes experiments in the kitchen and in front of the mirror. Also, she is a full-time mother. Her son Daniel was born in May 2015.

Because Daniel's biological father is estranged from the child, Tray is now his de facto father figure. The Who The Plug hitmaker, in turn, has seemingly embraced the role.

Besides co-parenting Daniel, the YouTuber couple regularly collaborates - be it hosting Q&As or pulling pranks on each other. Should Tray and his girlfriend Airionna elevate their dating status, it will likely be a smooth transition. By now, they are already exhibiting a family-like behavior.

Soundcloud sensation Tray was born in Atlanta, Georgia in 1995. A Virgo by birth sign, he celebrated his 23rd birthday on 25th August 2018.

The eldest son of his loving parents, the Chiraq hitmaker has a younger sister. She too owns a YouTube channel.

The 23-year-old rapper turned internet star also appears to be siblings with a younger half-brother (from his dad's side). In March 2019, Tray along with his father and brother did a Q&A on YouTube.

Tray's passion for music began as a middle school student. His Hip-Hop centric neighborhood served as an inspiration.

Rapping about crime, violence & danger, Tray burst into the music scene with songs like Killing My Dab, Chiraq, and Who The Plug. His music was - and remains - a favorite among the Soundcloud listenership.

As an active musical artist, he boasts collaboration with artists including Kid Lavish, Kelly Cole and Blood Brothers.

Four years after "blowing up," Tray began pivoting to modeling and acting in 2017. It led to the creation of Chris and Tray. On it, he and Chris host pranks, tell stories, perform challenges, and field questions via Q&As.

His musical career, coupled with his social media following has helped Tray accumulate $300 thousand in net worth.