By LRU Writer | On: April 23, 2019
Antonio Ballatore set out to become a rock star. He had a full proof plan of achieving his dream, according to his ideas he was to become a famous rock musician by age 40. But life had great things in store for him in another field...Antonio’s Dating Life... Net Worth... Antonio’s Bio... 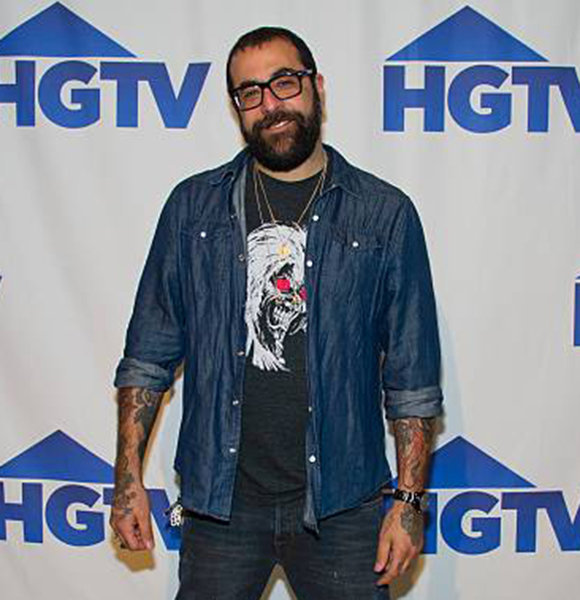 Antonio Ballatore set out to become a rock star, and he had a full proof plan of achieving his dream. According to his ideas, he was to become a famous rock musician by age 40. But life had great things in store for him in another field.

While living a rough life touring around in rock bands, Antonio found time to design restaurants in Manhattan. Once his buddy offered him a gig to create sets for the famous photographer, David LaChapelle. The project attracted the American so much that he started working as a set designer.

Impressed by Antonio’s work, his other friend sent his work's sample to the TV show, Design Star. After he won the show, Antonio went to host his TV show, The Antonio Treatment.

Naturally, people are curious to know about the creative personality’s personal life!

The world went into a frenzy when Antonio was seen in a dinner date with Beverly Hills, 90210 alum Jennie Garth in May 2012. It was surprising as the American actress had separated with her longtime hubby Peter Facinelli just two months prior.

However, the romance was just Antonio and his girlfriend enjoying a good time as she had just come out after a long marriage. The pair enjoyed their casual dating life for a while then parted ways for good.

On 14th February 2019, Antonio posted a photo declaring his love for a mystery woman on Instagram. The relationship seemed quite serious as his ladylove was seen along with with his first love, his dog. Before the declaration, the pretty woman featured in the TV host’s social media handle in November 2018. From the looks of the pair’s lovey-dovey family pictures with their dog children, fans cannot help but wonder if they will tie the knot and become husband and wife soon.

The American TV host was born on 21st January 1969. Antonio got his creative genes from his father as his old man was an artist. He even discovered his forte in art while working on his father’s studio as a child.

Antonio, age 50, has managed to achieve great heights in the TV industry. His shows; The Antonio Treatment and Animal Planet series titled Animal Cribs were a hit among the audience. He also worked with magazines including Rolling Stone and Vanity Fair.

Besides, the creative artist launched his apparel Born With A Tail. The brand contains goods for pets and the owners who love them. Due to his TV gigs, he earns an average salary of $50,529 per year. Also, his brand sales also add to his net worth.