By LRU Writer | On: July 07, 2019
Antonique Smith's fans were wondering if her boyfriend was...still unknown if she’s married...ethnicity with a mix of Irish, Native...recognized for portraying the... is also a climate activist... 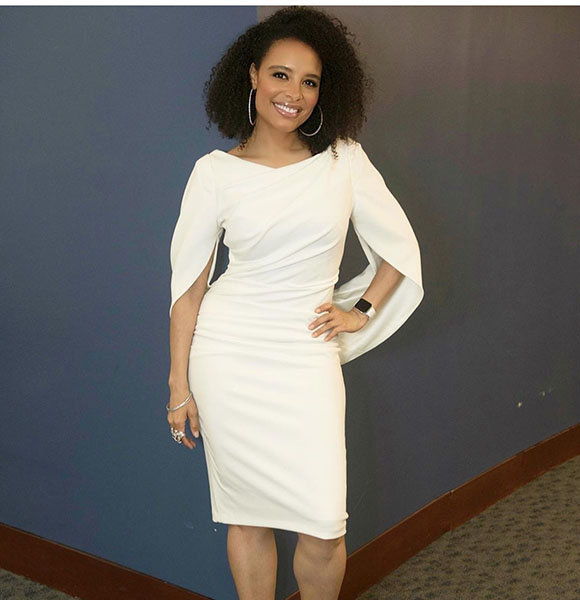 Antonique Smith is a multi-talented American actress with several movies, TV shows, and songs to her credit. She is recognized for portraying the character of Faith Evans in the critically acclaimed film Notorious.

In 2015, she received tremendous support from her loyal fans as she released her first EP with the help of her successful Kickstarter campaign. She raised over $50,000, and the subsidy paid off since one of her songs got nominated in the 57th Annual Grammy Award.

Besides her work in showbiz, Antonique is also a climate activist. She performed for the Pope's Climate Rally at National Mall, Washington DC.

She boasts an Afro-American ethnicity with a mix of Irish, Native American and Jewish family background. After her parents married in 1975, they bore two children with the actress being their eldest daughter.

Antonique's younger sister is Antonia Smith. Although her sister is mentally disabled, she hasn’t let her weakness stop from achieving her goals. She participated in the 2012 Special Olympics and took home the gold medal. The actress is very supportive of her sister. She has spoken up against violence committed towards people with mental disability. On 15th December 2015, she put up a post condemning attack on a San Bernardino based mental health facility and urged people to emphasize and help special needs individuals.

The 36-year-old actress has managed to keep information on her love life very private since the beginning of her career. She has neither shared about any of her past relationships nor about her recent ones, so it's still unknown if she’s married.

However, in 2011, exciting rumors were floating around that she was dating Nas, a highly acclaimed American rapper.

American Rapper You May Wanna Know:- Reveals Boyfriend, Dating Tyler The Creator? For Real Or A Joke

The talk started after the singer’s famous character “Faith Evans’ from her TV show got referred to in Nas’s song of 2011. Through the song’s lyrics, the rapper expressed his interest in meeting Antonique as,

Adding fuel to the matter, the actress had already started hanging out with the rapper that year, and they were even spotted dining together at West Hollywood restaurant.

But while fans were wondering if the rapper was her boyfriend, the New Jersey-born actress put a stop to the rumors in 2011. She revealed that her relationship with Nas was only limited to friendship and nothing else.

As of now, the singer with a height of 5 feet and 3 and a half inches(1.61 meters) is most active in acting.

In 2018, she made a recurring appearance as detective Nandi Tyler in hit Netflix series Luke Cage. Her movie Everyday Is Christmas is also scheduled to be released by the end of 2019.

Another Luke Cage' Actress In Our Dome:- Rosario Dawson Has A Daughter But Not Husband Amid Gay Rumors! Wiki Reveals

In terms of her finance, the actress earns more than $50,000 yearly from her works in films and TV shows. Her work as a singer also heavily contributes to her net worth.