Jaden Smith Reveals Boyfriend, Dating Tyler The Creator? For Real Or A Joke

By LRU Writer | On: June 11, 2021
Another day, another gay announcement! Jaden Smith, a son of Will Smith and Jada Pinkett Smith, announced that he is dating the rapper Tyler The Creator during the Californian festival. 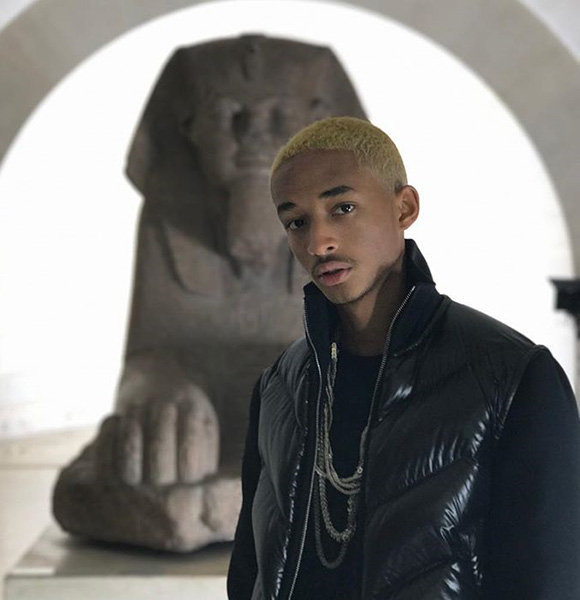 Another day, another gay announcement!

Jaden Smith, a son of Will Smith and Jada Pinkett Smith, announced that he is dating the rapper Tyler The Creator during the Californian festival.

Referring to the musician as his boyfriend, the 20 years-old artists shouted from the stage at Camp Flog Naw Carnival that he is dating the award-winning rapper. He claimed that the rumors are true.

He went on to describe:

Another Gay Actor:- Proud Gay Randy Harrison Husband & Family | Where Is He Today?

After the Karate Kid star shouted about their secret relationship, it seems Tyler wanted it to keep the secret for further more time.  Jaden later tweeted writing the rapper Tyler The Creator can no longer deny their relationship.

The US rapper, Tyler whose real name is Tyler Gregory Okonma, is yet confirmed their relationship but instead referred Jaden as a 'crazy' man in the tweet after many media covered their on-going gay relationship. While Jaden publicly announced his gay relationship whereas Tyler seems to be treating the whole incident as a joke.

Well, the 27-years-old Tyler is not actually shutting down the talks which have left the audience in a dilemma to call Jaden and Tyler a couple.

Jaden and Tyler weren't enlisted on the gay list before the revelation but the audience had already placed their cards on Tyler's sexuality after he released his 2017's album Flower Boy which has addressed his sexuality.

Moreover, the song, I Ain’t Got Time suggests that he was romantically linked with men as the lyrics stated:

Similarly, Jaden's perspective regarding the challenging gender stereotypes and wearing dresses is also different than other as he claimed that he does not see man clothes and woman clothes while wearing it. If he wants to wear a dress, then he would wear it.