By LRU Writer | On: December 04, 2019
Anya Chalotra is a rising talented actress in Hollywood known for...set to appear as one of the main characters in the Netflix fantasy series, The Witcher...born to an Indian father, and a British mother...personal life a very low-key affair...started acting in theatre...has not appeared in any movies...is a mid ninety's kid born in...stands at a height of... 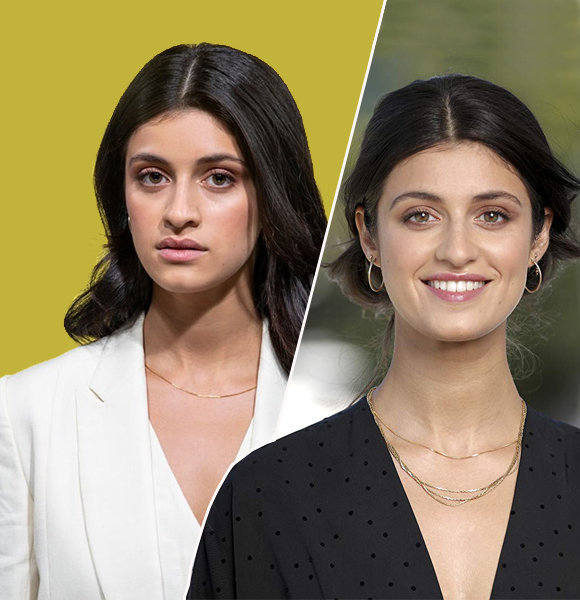 Anya Chalotra is a rising talented actress in Hollywood known for her roles in hit series like Wanderlust (2018) and The ABC Murders ( 2018).

She is set to appear as one of the main characters in the Netflix fantasy series, The Witcher, starring Henry Cavill, that will premiere on the 20th December 2019. Keep reading to find more about her.

Anya Chalotra was raised in Lower Penn, Staffordshire, England. She was born to an Indian father, Madan, and a British mother, April Chalotra. Hence, she is of mixed Indian and English ancestry.

Apart from her parents, her immediate family includes her siblings, an older sister named Reeya Chalotra, and a younger brother named Arun Chalotra.

Who is Anya Chalotra's Boyfriend?

Anya Chalotra is among those celebrities who keep their personal life a very low-key affair.

Despite her meteoric rise to stardom in recent years, the actress has remained very tight-lipped about her private life. It may come as a surprise to many, but the Wanderlust actress does seem to be single at the moment.

You May Be Interested:- Anna Hopkins Boyfriend, Family, Net Worth

However, in the past, Anya was linked with a writer and journalist named Juan F Sánchez. But the exact details about the relationship are not known.

Well, as of now, it seems like, Anya is staying away from the dating scene and entirely focusing on her rising career.

Anya Chalotra is definitely a new face in the industry. However, she is not a newbie in acting.

You May Like:- Zara Larsson Boyfriend, Dating, Family, Net Worth

Fresh out of drama school, Anya started acting in theatre and wooed the audiences with her heart touching performances.

Following her massive success as a theatre artist, Anya made her on-screen debut in 2018 from Wanderlust. Until now, Anya has not appeared in any movies, but she has gained positive reviews so far from her TV shows. Moreover, her upcoming show The Witcher is supposedly the next big thing on the small screen after Game Of Thrones. So, it's very likely that the show takes her career to new heights.

Apart from her acting credentials, Anya is also a talented soprano singer and accomplished at other skills like dancing, stage combat, and acrobatics.

Anya Chalotra is a mid ninety's kid born in 1996. As for her birthday, the actress has not revealed her exact born day yet.

Further, the gorgeous actress who also boasts a fantastic body stands at a height of 5 feet 6 inches (1.68 m).