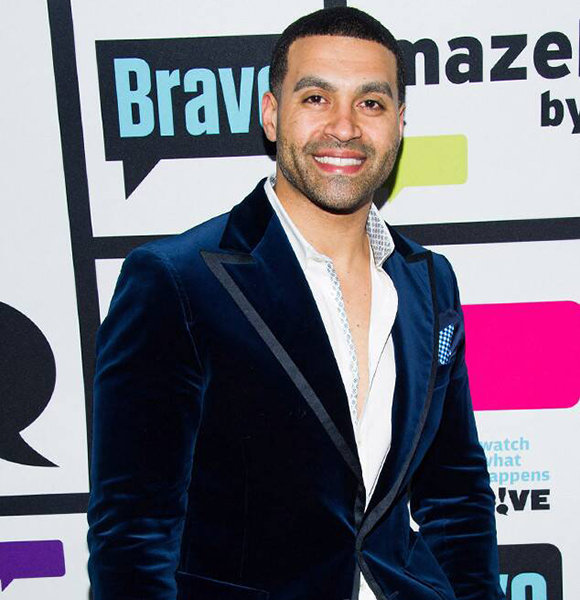 Apollo Nida is an American businessman who is a specialist in asset recovery.

He is best known as a reality star for his appearance on Bravo's reality series Real Housewives of Atlanta, alongside his ex-wife Phaedra Parks.

Read on to know more about the businessman/ reality star's personal life.

Apollo Nida was born on 19th November 1978 in Atlanta, Georgia.

Apollo Nida is engaged to a woman named Sherien Almufti. The couple got engaged in 2016; on 4th December 2016, Apollo's fiancee, Sherien, shared a picture with a ring on her finger.

But interestingly, the engagement ring that he got for his fiancee was not a regular one; it was actually a ring made out of paper towels.

Apollo Nida's fiancee, Serien Almufti, works on the real state; according to her Instagram bio, she is a realtor, a real estate investor, and property manager.

Further, Serien also has a daughter (born on 27th March 2009) from her previous relationship with ex-partner Derrick Copes.

The couple got married in 2009 and had two children together: sons Ayden and Dylan. After five years-long marriage, they separated in 2014 and settled the divorce only in 2017.

Following the divorce, the former couple shares joint custody of their kids, while Phaedra has primary physical custody of the boys.

However, beyond her fame as a reality star, she is a lawyer, one of Atlanta's premier attorneys. She has also been featured on the cover of the legal magazine, Super Lawyers.

According to Celebrity Net Worth, throughout her career as a lawyer and a reality star, Phaedra has a net worth of $3 million.

According to Celebrity Net Worth, Apollo Nida has a net worth of $400K.

Apollo was sentenced to prison in 2003 on car theft charges and was released in 2009.

Further, in 2014, he was again charged with involvement in fraud and schemes. He was accused of bank fraud, mail and wire fraud, and identity theft of more than fifty people.

Later, he pleaded guilty to all the charges, after which he was sentenced for 96 months in prison. After completing his prison sentence, Apollo got released from prison in November 2019.