By LRU Writer | On: March 03, 2021
Aqib Talib married his longtime girlfriend in...parents four children with wife at...turned 33 years of age in...hails from a family of...earns a salary of...boasts a net worth of...played high school and college football with...garners height and weight of... Aqib Talib is by far one of the notorious cornerbacks that the NFL has ever seen. A first-round pick by Tampa Bay Buccaneers at the 2008 NFL Draft, the Cleveland, Ohio native's footballing journey is full of controversy.

During the 2008 NFL symposium, Aqib got into a physical dispute with his future teammate, Cory Boyd. A year later, he allegedly assaulted a taxi driver, before getting slapped with charges of resisting arrest.

At the peak of his NFL career in 2011, Aqib got arrested - later acquitted - for shooting at his sister's boyfriend. Fast forward to the year 2016, police accused him of falsifying the reports of getting shot in the leg while outside a strip club in Dallas.

While people found Aqib's off-the-field antics childish and reckless, his wife Gypsy Benitez didn't. Or, how else anyone can explain her agreeing to marry the controversial NFL star?

Aqib and Gypsy were an item for about seven years before they decided to tie the knot. Married in March 2016 in an outdoor ceremony in Allen, Texas, the duo's wedding hosted an array of NFL superstars as guests.

By the time they got married, the former Buccaneers player and his wife were already parenting three children.

Born in 2007, his daughter Kiara was the result of his college romance with Courtney Jacobs. Meanwhile, Gypsy has a son named Fabian from her previous relationship. In April 2013, the pair welcomed their first child named Jabril. 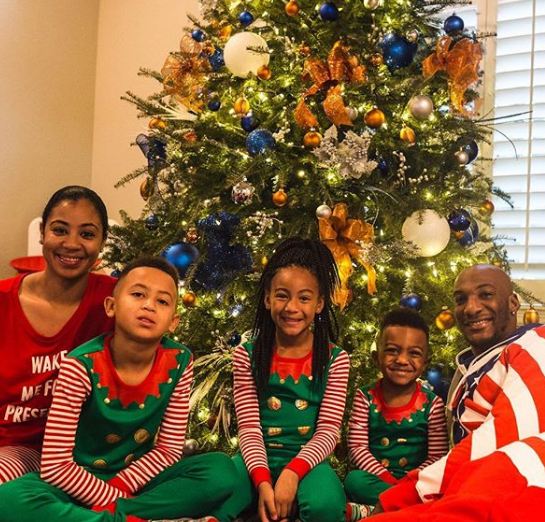 The family of five grew into six in 2018. January that year, Aqib and the company got blessed a baby boy named Bari into their lives.

Born to parents late Theodore Henry and Okolo Talib, Aqib grew up following Islam. His last name Talib means student while his first Aqib symbolizes "the last one" in Arabic.

Hailing from a family of six, Aqib has three siblings in total: a brother named Yaqub and sisters Kai and Saran. He spent his formative years between Ohio and New Jersey, before settling in Texas.

While a student at Berkner High School in Texas, Aqib excelled in basketball, football, and track. Chasing his NFL aspirations, he joined the University of Kansas and played college football with the Kansas Jayhawks.

With six feet & one inch (1.85 m) height and 95 kgs weight, Aqib emerged as a top defensive prospect at the 2008 NFL Draft. In the end, Tampa Bay Buccaneers selected him as the 20th overall pick.

Signing for Buccaneers, Aqib penned a four-year contract worth $14 million. The deal also saw him take home a sum of $8 million in guaranteed salary.

In 2012, Buccaneers traded Aqib to New England Patriots. A year letter, he and Patriots agreed on a year-long contract worth $4.86 million. Per the agreement, he pocketed $3 million in signing bonus.

When 2014 kicked around, Aqib entered free agency and signed for Denver Broncos. Agreeing on a $57 million, he penned a 6-year contract. The deal guaranteed him an average annual salary of $9.5 million.

Ahead of the 2018/19 NFL campaign, Broncos shipped Aqib - who flaunts $20 million in net worth - to Los Angeles Rams.