By LRU Writer | On: May 14, 2019
Away from MMA drama, Ariel is a married man with a beautiful wife...Ariel announced that he would be joining ESPN... the veteran journo covered numerous MMA shows for MMAFighting.com... Although there isn't a sum to pinpoint, insiders argue that his net worth touches the seven-figure mark... 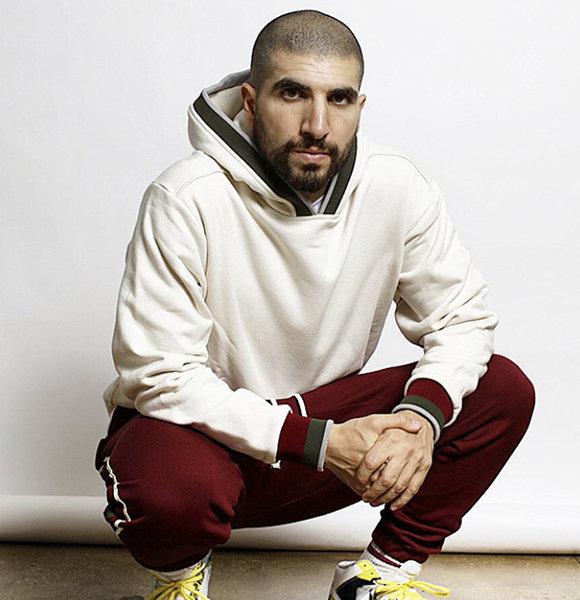 Back in 2016, UFC banned the journo from covering all its events for prematurely reporting that Brock Lesnar would attend at the UFC 200. After the public outpour of support for him, UFC repealed the decision and uplifted the ban.

Motivated by the fans' backing, Ariel continued his sharp commentary. Not surprisingly though, it put him at odds against fans as well as UFC fighters. In April 2018, Nicco Montano - a former UFC Champion - dragged him for not so favorable comments about her and labeled him "a huge waste of space."

Barely a month after his feud with Nicco, Ariel announced that he would be joining ESPN in June of 2018 to cover MMA shows for the reputed sports network. Taking to Twitter, he expressed astonishment with his prospect of calling ESPN his next home. According to him, working for ESPN was "a dream of mine."

In subsequent tweets, he thanked the ESPN community for the opportunity all the while professing sadness because of the impending exit from MMAFighting.com.

Before his departure, the veteran journo covered numerous MMA shows for MMAFighting.com for nine years. No wonder, he didn't forget to mention his former collegues on his farewell tweets.

Because of his experience and popularity, Ariel gets labeled as MMA's highest-paid journalist. If true, it should also make him the one with the most significant net worth.

Although there isn't a sum to pinpoint, insiders argue that his net worth touches the seven-figure mark.

Away from MMA drama, Ariel is a married man with a beautiful wife.

He and his wife, Jaclyn Stien tied the knot in February 2015 during a private wedding ceremony. By the time they got married, they had already welcomed two children (both sons) - first in April 2012 and second in February 2014. Ariel Helwani with wife Jaclyn Stien and their first two borns at their wedding in 2015 (Photo:- Ariel Helwani's Facebook)

A year after getting married, in October 2016, the ESPN personality and his wife Jaclyn - a Designer and CEO at Anzie Jewelry - got blessed with a baby girl.

Despite operating from the United States all his career, Ariel still holds Canadian nationality. Many might not know, but he's a native of Montreal, Canada.

The host of the podcast The MMA Hour along with his siblings is the first generation Arab-Canadians in their family to be born in North America. All of his parents' family were of Middle East descent.

Therefore, ethnicity-wise, he probably identifies as Arab-Canadian. And, because he was born into a Muslim family, he practices the very religion.