By LRU Writer | On: May 12, 2019
Both of Filipino TV show host/VJ/model/actor Luis Manzano's parents - Edu Manzano & Vilma Santos - are actors... Surprisingly though, his girlfriend list isn't as notoriously long as one would think... 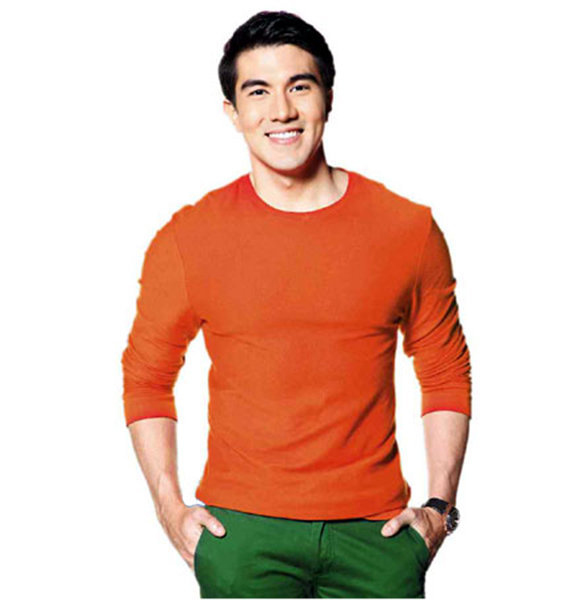 Both of Filipino TV show host/VJ/model/actor Luis Manzano's parents - Edu Manzano & Vilma Santos - are actors. Therefore, it was only right that he would pursue a career as an entertainer.

Destined to reach the superstar status from birth, the multi-faceted talent's journey to worldwide fame suffered numerous setbacks -- but mostly on the romantic front though.

Surprisingly though, his girlfriend list isn't as notoriously long as one would think.

To looking into Luis' dating history is to go as far back as to 2002, when he ignited a high-profile romance with half-Italian-half-Filipina singer-actress Nancy Castiglione Read. His ex Nancy is now a mother of two from a later relationship and works as a broker.

Following his split from Nancy, the occasional actor built romantic ties with Australian-Filipina actress Anne Curtis. Long before Anne made the girlfriend list, she was a friend to him.

Another Filipino Heartthrob:- KC Concepcion Dating To Get Married? Meet Her Footballer Boyfriend

Between 2011 and 2013, Luis dated Jennylyn Mercado, who worked at a rival station. The former duo met while training Jiu-Jitsu. During their time together, they looked inseparable, traveling as a couple both domestically and internationally.

No girlfriend list of the media personality would be complete without his actress ex-girlfriend, Angel Licosin. He and Angel broke things off in 2009 - after a year of dating - only to reunite in 2014. On the second go around, the pair even engaged in marriage talks. But to the dismay of the fans, they announced their separation in 2016.

Luis didn't take much time moving on from the heartbreak with Angel. It is in actress Jessy Mendiola's arms that he found pure comfort. His mother outed the duo's relationship in 2016. In the following years, the VJ-turned-actor and his girlfriend, Jessy became vocal about their romance - at times, even divulging plans of the wedding. Meanwhile, Luis did his due diligence by fostering a bond with Jessy's father and sister.

Besides the enlisted five, fellow VJ Karel Marquez and Toni Gonzaga are some of Luis' unconfirmed past affairs.

About His Net Worth & Salary

Believe it or not, Luis didn't start as a TV personality. His earliest professional gig was with the clothing brand Human, working as its model. He eventually moved on to hosting by signing with ABS-CBN. Between 2001 and 2013, he was Myx Channel's longest-serving VJ.

Away from his five-figure sum salary as a VJ, Luis also made a fortune from films and TV roles. Two years after making his acting debut via All About Love, he starred as Mark in the 2009 film, In My Life. Considered one of the highest grossing movies of all time, In My Life helped him showcase his acting chops to the world. For his supporting role, he bagged a plethora of accolades.

After 2010, his acting credits on films got limited to cameo roles. Besides Mark, Roland in the TV series Komiks Presents: Flash Bombakla is his other notable performance on the silver screen.

Luis excursions - for the most part - has paid a dividend. Reportedly, he boasts a seven-figure (eight-figure in Philippine Piso) net worth.

A graduate of Colegio de San Agustin High School, he enrolled at De La Salle–College of Saint Benilde to finish his higher education. He holds a major in Hotel and Restaurant Institution Management from the same.

When he was three years of age, his biological parents divorced and went on to have more children.

Despite being his parents' only child, Luis is a member of an extended family. He has three half-siblings in total -- Ryan Christian Recto, Addie and Enzo. Ryan is his mother Vilma and Ralph Recto's son while Addie and Enzo were the product of his father Edu's second marriage.

Because his father is American-Filipino, he can lay claim to American citizenship. As things stand, he still holds Filipino nationality. Ethnicity-wise, the model-turned-VJ probably identifies as Pacific Islander.