By LRU Writer | On: September 30, 2019
Ashlen Diaz boyfriend's career bought a heavy toll on her love life...doesn't seem to be dating anyone...raised in Dallas, Texas in a family consisting of... 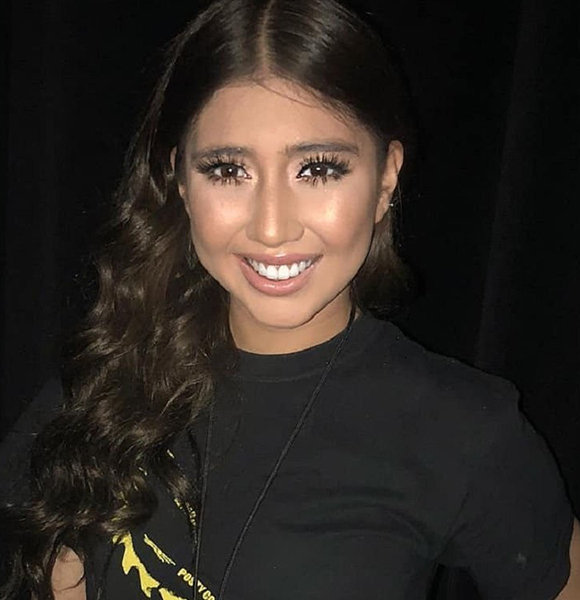 American music producer-promoter, Ashlen Diaz shot to fame in 2015 courtesy of her relationship with rapper Post Malone. Besides her claim to fame as a celebrity's significant other, she has worked actively in the music scene.

Dive deep into the life of the music producer!

The two first met while she was working as a music promoter in Cashaveli, Texas. During their meeting, she saw potential in Post Malone and helped him by booking several shows for him. Eventually, the two began dating in 2015 and kept their relation lowkey for a while. Soon, in on 15th December the same year, her boyfriend disclosed about their love life on the occasion of her birthday quoting,

"happy Texas time birthday to most wonderful thing to ever happen to me Ashlen Nicole Diaz. I love u"

As a result, she became a topic of interest for many as her partner had already garnered prominent fame with his hit album, White Iverson. She continued to be by his side post his success and continued dating while accompanying him at several public events.

Unfortunately, the success in Ashlen's boyfriend's career bought a heavy toll on her love life. The two separated by the end of 2018. Although there were reports that the two split amicably, there was also another speculation that she wasn't taking the break up lightly.

On top of that, the two deleted every post that featured one another right after the split. Shockingly, their spilt was not out of the blue. Her boyfriend had candidly shared about troubles juggling love life and successful career back in 2016.

Moreover, during an interview with The Breakfast Club that year, her partner revealed,

"It's tough having a balance, between dedicating my life to music and dedicating time for Ashlen. It's tough because you want to get into the studio, you want to do as good music as you can, sometimes you're real busy."

Post the breakup; she hasn't dated anyone publicly. However, her ex-boyfriend moved on with a mystery girl in 2019. And, he has chosen to keep his new girlfriend in the shadows.

The American music promoter was born on 19 December 1995, which makes her 23 years old. The Dallas, Texas native grew up in a family consisting of Spanish roots.

Besides that, not much is known about the details of her family life.

Possess's Spanish Nationality:- Rumored To Be Gay Manu Rios Frequently Pictured With Girls; Has A Girlfriend?

As she struggles with social anxiety, it may be the reason behind her attempt to remain private about her family life.