By LRU Writer | On: July 08, 2019
Asia'h Epperson is a famous actress who has featured in...besides acting, she is also a recognized...raised by African-American parents, she is...had an affair with rapper...her boyfriend's wife accused her of being a homewrecker... 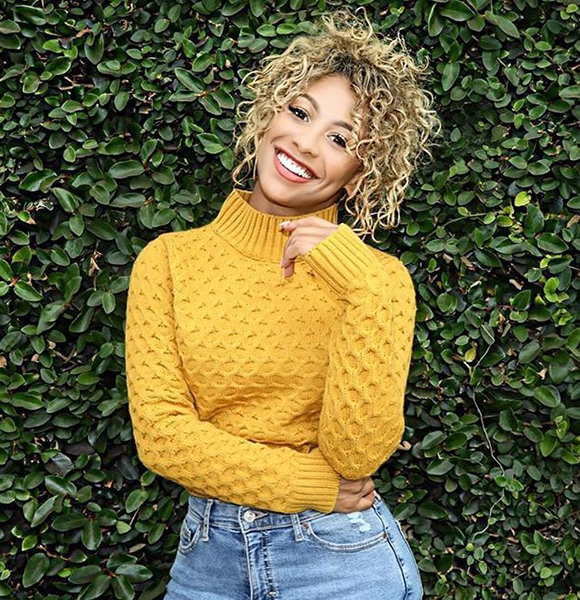 A small town girl, Asia'h Epperson had never expected such fame and success. Making her breakthrough as Felicia in Straight Outta Compton in 2015, Asia’h has since then landed roles in TV shows like Murder in the First, Unconcealed, and Greenleaf.

Besides acting, she is also a recognized singer and songwriter. Although she is not a full-fledged singer, her voice was recognized on the American Idol season 7, where she managed to reach the semifinals of the show.

Let's move ahead and know more about her nationality, parents, and what is she doing now.

Asia’h Epperson was born on 20 August 1988 in a small town of Joplin, Missouri. Raised by African-American parents, she is an American by nationality and possesses mixed-ethnicity.

Apart from her parents, Asia'h has three siblings in her family; two brothers called Stratton & Donavan, and a sister named Jordyn. The family of six was perfect until her father passed away in a car accident in 2008. The incident took place just days before Asia'h's audition for American Idol.

Her father was a professional bodybuilder and a fitness conscious person. His fitness habits are reflected amongst his children as well. Asia'h herself is devoted to fitness and is also a licensed massage therapist.

In 2012, like her father, Asia’h also met with an accident and suffered significant injuries to her spleen, lungs, ribs, and jaw, but she recovered soon.

Asia’h Epperson is a single woman and enjoys living her life in isolation. In 2010, she made her intentions clear via a tweet in which the actress stated that she was glad to be alone.

Later in 2012, she became annoyed by people constantly asking the reason of her not dating any boyfriend.

However, the actress created a buzz in 2018, when rumors of her affairs with rapper T.I surfaced in public following a video where the two were seen getting cozy.

T.I, who is married to Tameka Cottle aka Tiny Harris, was accused and shamed for his infidelity. Asia'h finally came forward to open up about her relationship with the No mediocre rapper.

She made clear in 2019 that despite doing numerous inappropriate things together, they never had a physical relationship with each other.

As of now, the American actress is seen getting involved with the matters related to T.I and his wife. Some of Tiny's fans have also called a homewrecker.

The American actress has wowed many from her acting skills and musical talents.

She has performed alongside co-actress Merle Dandridge in the show, Greenleaf. Asia’h has also starred in the 2015 hit movie, Straight Outta Compton. The film's success propelled her career to new heights.

As an actress, she boasts an earning of around $58K per year. Her net worth, which is under evaluation, is also benefitted by the actress' job as a licensed therapist and background singer.