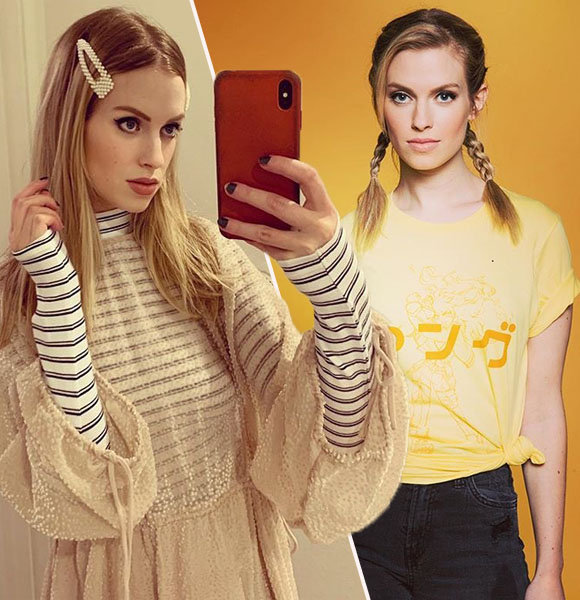 Apart from the star's career, the fandom is curious about her relationship with her boyfriend.

She is best known for voicing Yang Xiao Long, one of the main characters in the popular web series RWBY (2013-2019). Those familiar with the company Rooster Teeth, behind RWBY, might know her for running the company’s social media.

Barbara Has a Boyfriend?

Barbara is not married. The voice actress has been in a relationship with her boyfriend, Trevor Collins, since 2018. The couple met at their mutual workplace, Rooster Teeth; Barbara started in 2011, while Trevor joined three years later in 2014. While the two did know each other for quite some time, it wasn’t until Valentine’s day 2018 that they began going out officially.

Who Is Boyfriend Trevor Collins?

Trevor Collins is an internet and YouTube personality. He was born on 19 December 1990 in Indianapolis, Indiana.

Since then, Trevor has served as the managing/supervising producer and supervising manager of Achievement Hunter.

Previously, Trevor used to be the manager of the Let’s Play Community channel while simultaneously running his own YouTube channel, Zed Direction.

Barbara Julie Dunkelman was born on 2 July 1989 in Montreal, Quebec, Canada. Her parents are Larry Dunkelman and Marian Lederman. She has an older brother, Steven Dunkelman, and a little brother David Dunkelman. Growing up alongside two brothers, she grew to love Red vs. Blue, a parody web series made by Rooster Teeth. Through the show, she became a production company fan and developed an interest in voice acting.

She attended Concordia University and graduated with a Bachelor of Commerce in Marketing from John Molson School of Business in 2011.

On top of taking care of Rooster Teeth’s social media, Barbara is also a very experienced voice actress. While voicing Yang is indeed her most famous work, it is by no means or stretches her only notable work. She has also voiced various characters like Dolores (Nomad Of Nowhere), Katie Jensen (Red vs. Blue), ORF (X-Ray and Vav), Nerris (Camp Camp), etc.

Further, she is the leading podcast member of the Internet Box Podcast. She also has her clothing line, whose products you can purchase from the Rooster Teeth store.