By LRU Writer | On: August 16, 2019
Grey DeLisle married her husband on 27th June 2012 and even adopted...married life hasn’t quite favored her as she has been through a...Grey is a mother of three children... 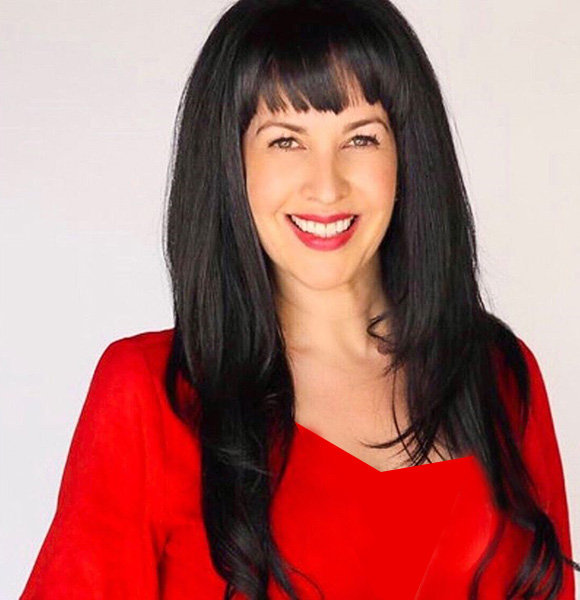 At a glance, Grey DeLisle's name and face might not ring a bell as she mostly excels behind the camera. She is a prominent voice artist and has lent her voices to a long list of famous characters; viewers grew up watching.

To name a few, she voiced Daphne Blake in the Scooby-Doo series and DC character Wonder Woman in the self-titled animated series. Most fans instantly recognize her voice but fail to name the artist, whose creativity shaped the characters.

The actress, meanwhile, remains a notable personality for die-hard comics and animation fans. She even hosted the Will Eisner Comic Industry Awards, usually held during the San Diego Comic-Con.

Born on 24th August 1973, Grey grew up outside of Monterey in Fort Ord, California. Her birth name is Erin Grey Van Oosbre; whereas, her age according to her registered birthdate is 46 years.

The voice actress' father George Van Oosbree was a truck driver and her mother Joanna Ruth was a singer-musician.

Unfortunately, her parents separated while she was a young child. On top of that, Grey's mother started to fall into chronic drug addiction and alcoholism. However, she recovered later on, but the voice artist and her younger brother ended up being raised by her grandmother Eva Flores instead.

While the artist found success in her voice acting career, married life hasn’t quite favored her as she has been through a divorce on three occasions. Her first husband was actor Christopher DeLisle. The couple's marriage was very short-lived as it lasted for only about a year from 1992 to 1993.

Likewise, in 2000, she finally started dating Murry Hammond, a musician from the country band Old 97. After seeing each other for two years, the actress tied the knot with Murry in 2002.

The wedding event was even featured in TLC Network’s show, A Wedding Story. Alas, this relation too couldn’t stand the test of time, and they separated legally in 2010 amicably.

After failing twice to keep up a marriage, the actress gave it another shot. Grey came across a guy named Jared Griffin through her Twitter, and soon, love started to bloom between them. Further, she married him on 27th June 2012 and even adopted her husband's surname.

However, history repeated itself as the couple ended their relationship with a divorce in 2017.

As of 2019, Grey is a mother to three children. Her eldest son Tex Hammond was born on 31st January 2007 before her second divorce. Tex is also a voice artist like his mom and voiced a character called Trent in the animated series, The Loud House. Further, she has two children from her third marriage to Jared: a son and a daughter. Grey's son Harlan Roy Griffin was born on 7th August 2014; whereas; her daughter Mariposa "Posie" Ruth Griffin stepped into the world on 17th December 2016.

Since Grey is a sought out voice actress in Hollywood today, her net worth of $5 million won’t come as a surprise to many. She has even done brand endorsements for company’s like Marc Jacobs, Besame Cosmetics, and Kate Spade New York.

Also, in 2019, she announced that she was lending her voice in the hit show, Family Guy. Grey is expected to receive an impressive paycheck from the contract.