By LRU Writer | On: October 22, 2019
Irish actor Barry Keoghan gained massive recognition from...has lived a very tragic...ended up being lucky in his love life...very open about his relationship with girlfriend...stands at a height of...a hefty sum as his net worth... 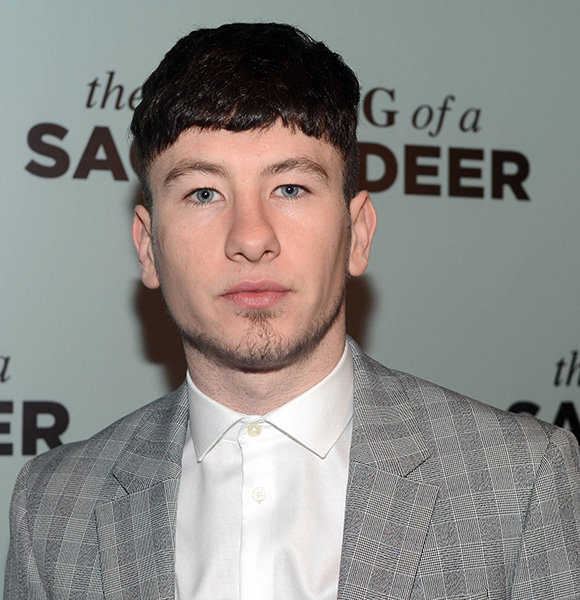 Barry Keoghan gained massive recognition from the 2017's critically acclaimed movie The Killing of a Sacred Deer with his heat touching performance. The Irish actor moved everyone from his portrayal of an American teenager on revenge.

Before his fame from the 2017's hit, he was known for his performances in TV shows like Love/Hate and Rebellion.

Barry was born on 18 October 1992 in Dublin, Ireland. The young actor of Caucasian ethnicity has lived a very tragic life.

His mother was a heroin addict, who was not able to care for her children: Barry and his younger brother Eric. So, Barry and his brother pretty much grew up in foster homes. From the tender age of five to age twelve, Barry lived in thirteen foster homes.

For You:- Michael Seater Dating, Net Worth, Family

When the actor was just twelve years old, his mother died. After that, he was raised by his grandmother and aunt.

Although Barry did not have a glamorous upbringing, he believes that all those experiences provided him an exceptional outlook on life.

Even though Barry had a rough childhood, he ended up being lucky in his love life.

The actor - age 27 - has been very open about his relationship with girlfriend Shona Guerin. Barry, who has been dating Shona since the beginning of 2017, credits a huge portion of his success to his lady love.

Further, Shona also seems to be very supportive of her boyfriend, as she is seen by his side in almost every red-carpet premieres and events. In an interview with Irish TV host Lucy Kennedy, Barry made his love for Shona pretty clear by saying that he would be lost without her.

Further, on the occasion of Shona's birthday in September, he took to social media to gush about his love for here. By the looks of it, the Chernobyl star seems to be going pretty strong with his girlfriend Shona.

He made his first on-screen debut in 2011 from Fair City by portraying the recurring character of Dave Donoghue. After that, he has appeared in many TV shows and movies. Some of his acclaimed films include 71, Norfolk, Stay, American Animals, and Dunkirk.

You May Like:- Joel Fry Married, Parents, Net Worth, Now

Apart from acting, Barry is also a talented amateur boxer, representing the Celtic Core. Further, he also has many modeling projects on hand and is an ambassador for Dior.

With such an impressive career, it's obvious that Barry has accumulated a hefty sum as his net worth. Although the exact figure remains under wraps, he presumably earns more than an actor's average salary of $50,000 per year.