By LRU Writer | On: October 16, 2019
Michael Seater is known for...was born...stands at the height of...Over his career as an actor and a director...accumulated an estimated net worth...his relationship status...been linked to actress... 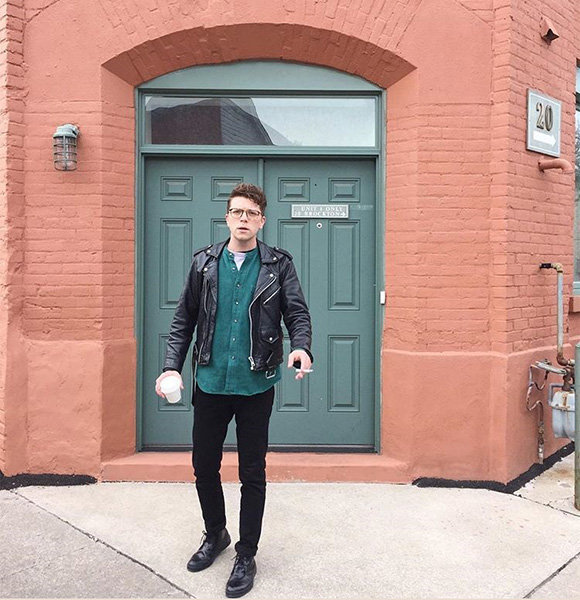 Canadian actor Michael Seater is known for his titular role in the Canadian TV series, Life With Derek. For his performance in the show, Michael won a Gemini Award in 2009 under the Best Performance in a Children's or Youth Program or Series category.

Michael is among the very few Canadian actors who did not head to Los Angeles to boost his career in Hollywood.

A native of Toronto, Michael was born as Michael Bruce Patrick Seater on 15 January 1987.

He is among the celebrities who keep their personal life pretty secluded. Hence, not much info is revealed about his parents.

However, it is a well-known fact that he is the youngest of three siblings. Just like Michael, his elder brother Graham is also an actor-writer who has even written a few episodes of Life With Derek.

Although not much has surfaced about his family from his social media posts, Michael seems to be very close to his family.

Michael was a performer from a very young age; he used to entertain his family at various family events. Realizing his passion, his parents found him an agent at the age of eight. Since then, his journey started in the showbiz.

Initially, Michael commenced his career as a child actor on commercials. His first movie break was a short film named Fido. After that, he has appeared in various movies and TV shows.

Michaels's big break came in 2005 when he landed the role of Derek Venturi on Life With Derek. The show that ran for four seasons made Michael a household name.

For you:- David Lim Wedding, Wife, Parents, Net Worth

Apart from his acting endeavors, Michael - age 32 - has also added directorial credits to his name. He has directed feature films like People Hold On and Sadie's Last Day on Earth.

Over his career as an actor and director, Michael of height 5 feet 11 inches (1.8 m), has accumulated an estimated net worth of $2 million.

As of now, he is busy working in the sci-fi film Majic, which is still under production.

Who is Michael Seater Dating?

During his career, Michael has gained not only widespread recognition but also a massive number of admirers. Needless to say, his admirers are always keen to know about Michaels's dating affairs.

Well, good news to his fans, he is not married yet. But, he has also never spilled any information regarding his relationship status or a possible girlfriend.

Despite his low-key status regarding his dating affairs, Michael has often been linked to actress Ashley Leggat who appeared alongside him in Life With Derek.

The show may have premiered its last episode a decade ago, but the two actors who appeared as step-siblings are still linked together.

Further, the fact that the co-actors remained close even after the end of the series added fuel to such rumors. However, both Michael and Ashley have denied such rumors and insisted that they are nothing more than good friends.