Who Is Ben Feldman's Wife? Wedding, Height, Net Worth

By LRU Writer | On: November 24, 2019
Ben Feldman is an American actor who has worked in various projects such as...he is married to his wife Michelle... their wedding took place at...dated for seven years before marrying each other...has a height of 5 feet 8 inches...has a great physique allowing him to do shirtless scenes easily... has worked in many movies and TV shows earning him a big net worth...is 39 years of age... 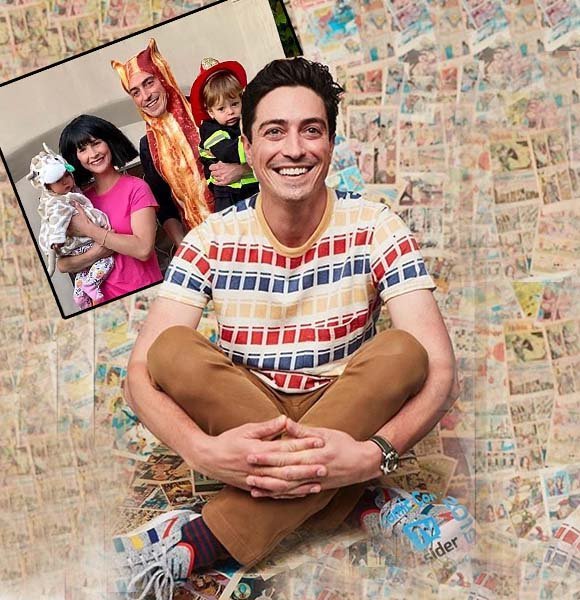 Ben Feldman is an American actor known for both his cinematic roles and his theater performances. He is probably best known for his role as Michael Ginsberg on the Emmy-nominated TV show Mad Men.

In addition to his on-screen performances, he has also worked in Broadway. Right after his college graduation, Ben was hired as an understudy to Jason Briggs in the Broadway production of The Graduate.

Having amassed a decent 43 credits as an actor, he has had a successful career in acting. But, along with his job, Ben has also managed to take his personal life to a happy place. Know about his life with his wife and children here.

The answer to the immediate question is - Yes. Ben Feldman is a happily married man, and his wife’s name is Michelle Mulitz. And, there is a lot of exciting stuff to know about the couple’s relationship.

How often does one meet their wife through their stepmother?

Well, even if the chances of that are very slim, Ben falls into that small group of people. It so happened that his stepmother kept talking about Michelle, and Ben sent her an email. It was kind of like online dating. He just took a chance with her, and it paid off pretty well.

After the initial talks, their relationship took off. And the couple dated for seven years. And initially, Ben was skeptical about marriage, mainly because his parents got divorced. But he eventually got over that skepticism after realizing that Michelle was the one for him.

Another Married Celebrity:- Who Is Maggie Q? Her Married Status, Parents, Net Worth Info

And the couple tied the knot after dating each other for seven years. The actor popped the question to Michelle around December 2012 and stayed engaged to her for ten months before finally making her his wife on 12th October 2013. Their wedding took place at the Smokey Farm in Glen Farm in Gaithersburg, Maryland.

But the couple took their time before finally deciding to add one more member to the family. Subsequently, their first-born, son Charlie Milton Feldman was born on 24th October 2017.

But the couple probably felt that Charlie needs a sibling to grow up with. Or maybe they just felt like having another child. Whatever the case may be, the couple announced that they were expecting another child in November 2018. The pair’s second child, a daughter, was born on 30th April 2019. The couple is yet to reveal her name. The family now lives a happy life, and the children frequently appear on their parents' social media.

Who is Ben Feldman’s Wife?

As mentioned above, Ben’s wife’s name is Michelle Mulitz. She is an actress known for her roles in many cinematic productions such as NCIS, Necessary Roughness, etc.

Further, Michelle was born on 1st May; however, her birth year is not known.

Ben Feldman has been active in the show business since his debut way back in 2003. And since then, he has gone on to work in various high-production-value movies and TV shows such as Drop Dead Diva, Mad Men, A to Z, Silicon Valley, etc.

Ben has also been active in the real estate scenario. He sold his Post-and-Beam mansion near Runyon Canyon in the Hollywood Hills, and the mansion fetched him an amount of $1,489,000.

Moreover, the actor, along with his wife, also purchased Joel McHale’s former home in Los Angeles for around $2.25 million.

Considering all these financial ins-and-outs over a long period, his net worth is around $1.5 million as of November 2019.