Is Keanu Reeves Married? Is He Dating Helen Mirren? Details

By LRU Writer | On: November 21, 2019
Keanu Reeves is one of the most successful and leading men in Hollywood...one of the most private celebrities...not a married guy yet...shocked his fans when...started dating earlier... internet could not help but compare the likeness of Keanu's lady to Helen Miller...took the comparison very positively...his past relationships... 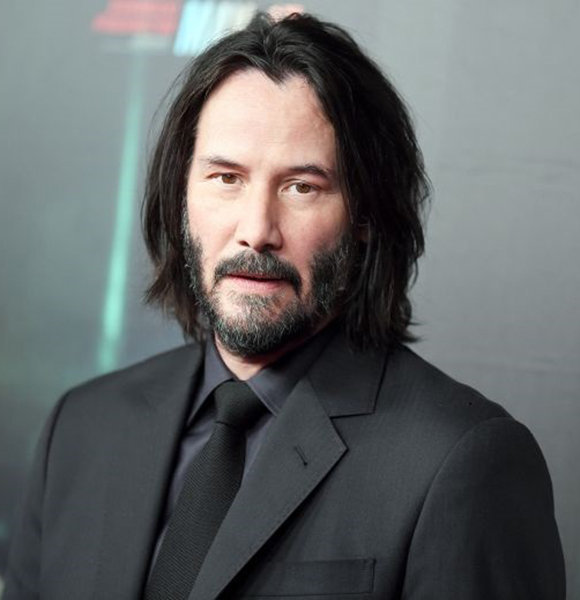 There is no denying that Canadian actor Keanu Reeves is one of the most successful and leading men in Hollywood. However, it's also a well-known fact that he is one of the most private celebrities when it comes to his private life.

Despite his extremely secluded personal life until now, Keanu seems to be taking a step forward on opening up about his private affairs. That's right; the extremely intriguing actor has finally lifted a curtain and given a sneak peek of his private life.

Read on for more details.

Keanu Reeves is not a married guy yet. However, he has introduced his significant other to the world most recently.

The Matrix star shocked his fans when he made the rare sight of holding hands with his girlfriend  Alexandra Grant at the LACMA Art + Film Gala in Los Angeles in November 2019. According to sources, the couple had been friends for a decade before they started dating earlier this year. With Keanu openly introducing his lady love to the world, the media tabloids are going absolutely bogus about their engagement and wedding rumors.

However, the duo does not seem to be in any hurry to pronounce each other as "husband and wife."

Is He Dating Helen Mirren?

Right after Keanu introduced his girlfriend Alexandra to the world, the internet could not help but compare the likeness of Keanu's lady to Oscar-winning actress Helen Mirren.

You May Be Interested:- Shia LaBeouf Dating History, Girlfriend, Is He Married?

Well, Alexandra does have a striking similarity to The Queen actress, which led many to believe that the 55-year-old John Wick star was dating Helen. The confusion was because of the two woman's similar face structure and strikingly alike silver hair.

However, Helen, 74, took the comparison very positively and quoted,

That was very flattering on me, you know, because she's obviously lovely. I do know Keanu very well, and he is just the most adorable, lovely person. So she's a lucky girl, and I'm sure that he's a lucky boy.

Meanwhile, Helen is happily married to director Taylor Hackford for over 20 years now.

Although Keanu has kept a very low-key profile when it comes to his personal life, he has not been able to escape his admirers and media outlets, who have always shadowed his love life. So, despite his earnest efforts, his past relationships are not exactly a secret.

In 1986, Keanu started dating actress Jill Schoelen, after the two met on the sets of Babes in Toyland. The pair parted ways after dating for three years, and Jill later went on to date Brad Pitt.

Throughout his relationships, Keanu went through one of the most tragic events of his life.

He met Jennifer Syme in 1988 and instantly fell in love. The two were expecting a child together, but at eight months, the baby was delivered stillborn. That incident broke them, and the two separated after a few weeks. The story got even more tragic after Jennifer lost her life in a car accident a year later.

Apart from his serious relationships, Keanu was also rumored to be dating his Speed co-actor Sandra Bullock in 1993. However, the two never confirmed their relationship but admitted they were good friends. In fact, Keanu reportedly helped Sandra a lot during her messy divorce with Jesse James.

Other than Sandra, Keanu was also linked to Claire Forlani, Jamie Clayton, China Chow, and Parker Posey at different points of time.