By LRU Writer | On: July 24, 2019
Ben Lloyd-Hughes is a British actor famous for his role as Will in films...Ben and his girlfriend, Emily Berrington-a professional actress- have been in a longterm relationship...However, the notoriously private couple do make occasional public appearances... 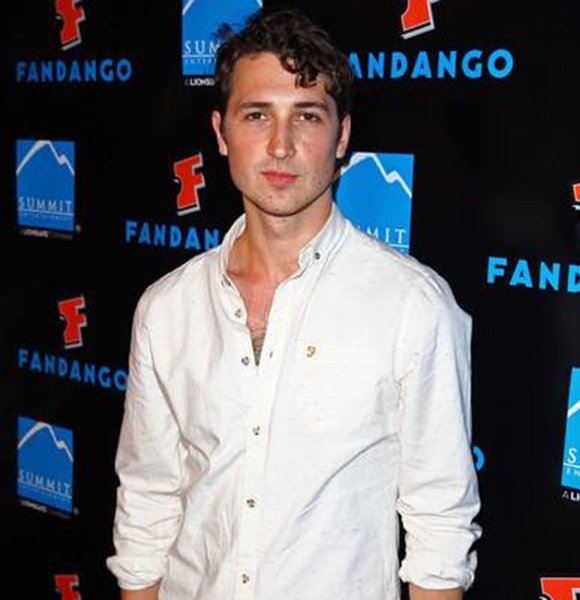 Ben Lloyd-Hughes is a British actor famous for his role as Will in Divergent and its sequel, Insurgent. His other memorable performance includes movies like Me Before You and The Moon and the Sun.

Along with movie stints, the actor also tried his hands at TV shows. He portrayed the role of Josh Stock in hit series, Skins, and had a recurring role in BBC Three’s Personal Affairs.

Born on 14th April 1988, Ben grew up under the care of his parents: Lucy Appleby and Timothy Lloyd-Hughes. Along with his guardians, the Brit has an older brother named Henry Lloyd-Hughes in his family.

Interestingly, Henry - height 5 feet 11 inches (1.8 m) - is also an actor known for his portrayal of Mark Donovan in the TV series and film, The Inbetweeners. Also, he was part of Harry Potter and The Goblet of Fire as Roger Davies. Henry’ other notable roles include PBS’s Masterpiece Theatre, Indian Summers and Unrelated.

The Lloyd-Hughes boys worked as co-actors in the satirical mockumentary, Miliband of Brothers. The siblings’ work on the British Labour Party elections parody was well appreciated.

Before his acting stint, Ben of Caucasian ethnicity also sought professional training at London's Guildhall School of Music and Drama. And, graduated with flying colors in 2011.

Ben and his girlfriend, Emily Berrington - a professional actress - have been in a longterm relationship. However, the romance only came to prominence when she bagged the coveted role of Katie in the movie, Inbetweeners 2 in 2014.

Besides the talked about role, Emily has been part of several projects, namely AMC's Humans, Outnumbered, The White Queen, and 24: Live Another Day.

Interestingly, she is also Guildhall School of Music and Drama alum like her boyfriend. Although Ben and his girlfriend are open in term to their work, in contrast, their dating life is private. The actor pair rarely talk about their dating life and let their work make the impact. However, the notoriously private couple do make occasional public appearances. On 4 September 2018, the couple attended the after party of the play, Dance Nation.

Although the pair share a long dating history, Ben and his girlfriend are yet to get married. Maybe, he wants to focus more on his career before making Emily his wife.

The British actor’s career is undoubtedly on the rise. Other then the Divergent series, he has been part of several projects. Some of his best works are Love Soup, Genie in the House, Casualty, Roman Mysteries, Breathe, Young James Herriot and War & Peace.

As a busy actor with a glowing resume, Ben makes an average of $50K a year, which adds to his increasing net worth.