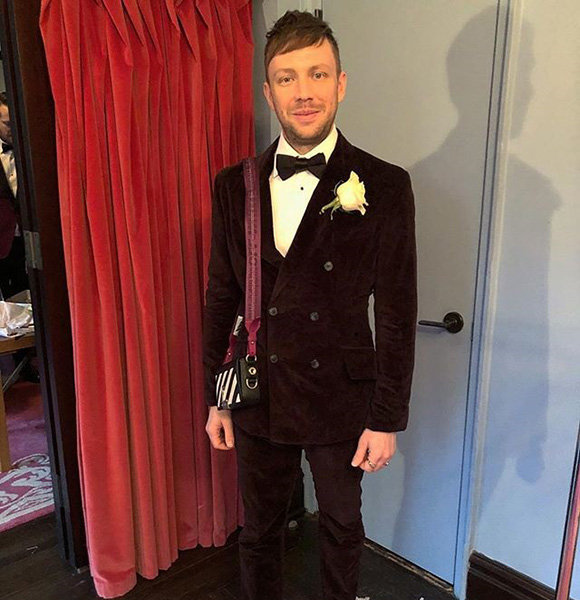 In an era where artistry takes a backseat to popularity, multi-instrumentalist Ben McKee stands out like a sore thumb. The bassist of the hit indie alternative-rock outfit Imagine Dragons is the living embodiment of what it means to rely on musicianship in the digital age solely.

An "unconventional talent" in every sense of the phrase, Ben's private life shares parallels with the musical approach.

Born in 1985 in California, Ben of Caucasian ethnicity celebrates his birthday on 7th April every year.

Recognizing his high musical aptitude early on, the Radioactive hitmaker's parents encouraged him to take up lessons. As a result, he earned proficiency in instruments such as violin, clarinet, and keyboard.

With the height of five feet and six inches (169 cm), Ben - now age 33 - doesn't fit the industry definition of a rocker but, he sure is one. And to think it all began after he dropped out of Berklee School of Music - with a semester left to finish his degree - to join Imagine Dragons is mind-boggling.

Surprising though, the Forestville native's parents were very supportive of his decision.

Ben joined the Las Vegas-based alt-rock group in 2009 upon the request of Wayne Sermon. Like him, Wayne and fellow bandmate Daniel Platzman were also Berklee attendee.

After initial setbacks, Imagine Dragons finally popped up in the mainstream in 2012 with their single Radioactive from the debut studio LP Night Visions.

Though their album sales are adequate, it is on the road that the band makes most of its money. On a calendar year, Imagine Dragons play an average of 150 shows. In 2018 alone, the rock outfit grossed over $50 million from touring.

Considering Ben's contribution on the band's success, it's no wonder that his net worth surpasses the seven-figure sum margin by ease.

Not a "heartthrob" per se but, Ben is a popular figure among the group's female fandom. Because he doesn't publicize his dating life on social media, many of his fans often see themselves as his girlfriend.

So, when he shared an Instagram image of a woman - tagged as Ben's Wife - donning the "Ben" t-shirt from a show in San Paolo in 2015, it created quite a commotion among women previously wanting to get married to the musician. Ben McKee jokingly mentions that he got married by tagging a lady "Ben McKee's wife" in 2015 (Photo:- Ben McKee's Instagram)

Ben later clarified the suggestions that he might have secretly married his mystery girlfriend-turned-wife by saying:-

"That’s her Twitter handle. She’s a very passionate and devoted fan who I have to recognize. We’ve only been to Brazil a couple of times, but every time — there she is, front and center, directly in front of me, with particular messages directed at me. It’s impossible for me not to recognize her."

It's interesting to note that the 33-year-old rarely delves into his intimate life. For all his fans may know, he could be anything - single, married or dating.