By LRU Writer | On: November 05, 2019
Ben McLemore was drafted by...stands at the towering height of...one lucky guy when it comes to his love life...got married...the couple gave birth to a...happiness doubled when...secrecy regarding his family...grew up in a huge family...had to go through the grievance of losing his brother... 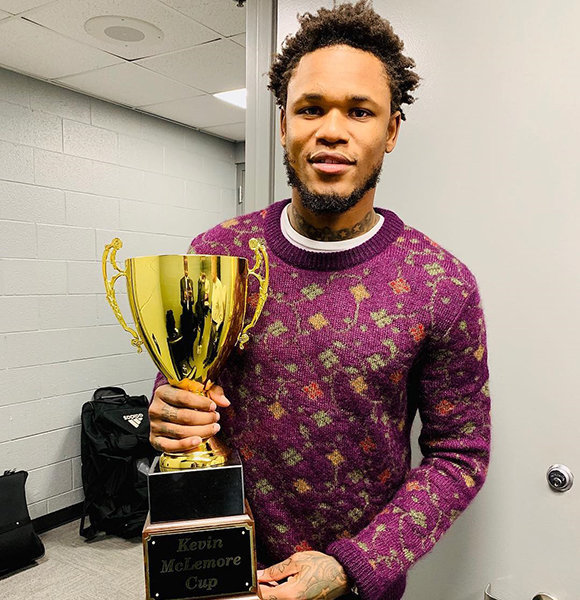 Ben McLemore is a rising star in the realms of basketball, who was drafted by Sacramento Kings in 2013 as their 7th overall pick.

The NBA star, who stands at the towering height of 6 feet 5 inches (1.95 m), averaged nearly 16 points during his one season with the Kansas Jayhawks and helped the team bag a Big-12 championship.

Well, many might not know, but Houston Rockets' Ben almost had to look for other career options at the beginning. Since he had transferred schools a lot, his transcripts were unclear, due to which NCAA initially declared him ineligible to play.

Luckily, things sorted out later, and the NBA star got another shot at basketball.

Ben McLemore is one lucky guy when it comes to his love life. He tied the knot to his girlfriend, Jasmine, on 8 July 2018. The couple got married dreamily in Pasadena, California, in front of their family and close friends.

It all started when Ben and Jasmine met at a blind date. Their mutual friends set them up, thinking that the two would be a perfect match for each other. And they were right! The couple hit it off right from their first date. After dating for a while, the couple gave birth to a baby girl- Taegan, on 20 March 2017.

It was after their daughter's first birthday, Ben took the shot, and proposed his girlfriend turned baby mama. And undoubtedly, Jasmine said, Yes! After officially pronouncing each other husband and wife, the couple was at the peak with their perfect family. Further, their happiness doubled when they welcomed their second child- a son in September 2019.

Born in St. Louis, Missouri in 1993, Ben turned 26 years of age on 11 February 2019. Ben grew up in a massive family as the fourth child of his parents, Ben McLemore and Sonya Reid, with four siblings.

Later, he transferred to Christian Life Center in Humble, Texas. His frequent school transfers created quite a problem during his college basketball career. But, everything got sorted out eventually, and he went on to have an excellent career in sports.

You May Be Interested:- Ben Simmons Wife, Parents, Siblings

Speaking of his family, so far, Ben has maintained secrecy regarding his family. So, not much has surfaced about his parents and family details.

However, in November 2018, Ben had to go through the grievance of losing his brother Kevin McLemore. After Kevin's sudden death, Ben established Kevin McLemore Foundation in his name to keep his name alive and help underprivileged deserving kids.