All There Is To Know About Lisa Nicole Cloud: Her, Career & Relationship

By LRU Writer | On: June 03, 2021
The Married To Medicine star's background is as impressive as her financial worth. Throughout her professional and personal lives, the devoted gem has developed a reputation for herself in her sector, as well as proving herself to be a dedicated wife and a wonderful mother. No one does it quite as she does! 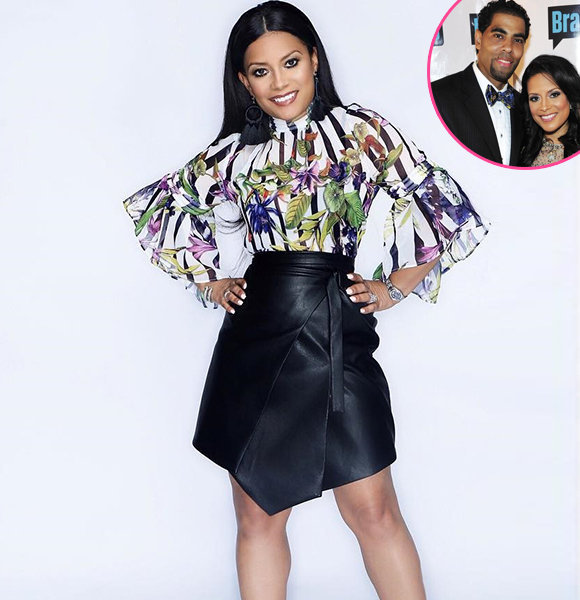 When women are expected to be subservient to their spouses, Lisa Nicole stands forth. She is both a television personality and the CEO of several enterprises in the United States. Her role on the classic Bravo television show Married to Medicine catapulted her to fame.

Lisa Nicole Cloud, a truly versatile business entrepreneur, born on October 17, 1973, is a writer, business coach, speaker, designer, humanitarian, and reality star. The woman exemplifies how, through hard effort, she has headed a business while still focusing on her individual growth.

Celebrity With Same First Name:- Who Is Lisa Nichols Husband & What Is Her Net Worth? Motivational Story

She enrolled at Emory University to study Psychology and Pre-Med to match her mother's achievements and then went on to Johns Hopkins University to get her Master's in the prestigious Leadership Development Program.

As a fruit of her accomplishments, Ms. Millionaire Maker Nicole has been capable of launching her own The Lisa Nicole Collection, an inexpensive exquisite couture collection for today's modern female entrepreneurs. She has coached many individuals under the motto "transform your passion into riches" with the goal of inspiring individuals to discover their intrinsic capabilities to strive and achieve more in life. Lisa Nicole Cloud poses next to one of her clothes which is part of the trilogy of the collection she dropped in 2013 (Photo:- lisanicolecloud.com)

One may suppose that her accomplishments have made her complacent, yet this is far from the case. She has written three books to help other women find their footing in the world: No Winner Ever Got There Without a Coach, Wealthy Women, and Mastering the Art of Success.

Authors That Might Peak Your Interest:- Leafar Seyer First Baby With Wife Kat Von D | Find Out His Name

Lisa Nicole Gives an Update on Her Husband and Her Relationship

For her family, she has always kept her life private. She has kept her parents out of the spotlight and has saved little information for the public. The only known information about her family is that she is the wife of Darren Naugles, an American doctor. He is the father of her two children, one son named DJ and one daughter called Amira. She indeed is a committed wife.

Given Nicole's penchant for secrecy, the present relationship status of Nicole and Dr. Darren has piqued public attention. Her fans weren’t the only ones who wanted to know if she and her husband were still together. When Gizelle Bryant of the Real Housewives of Potomac joined the Married to Medicine ladies for dinner on their vacation, she asked Nicole about her marital status.

Gizelle said, "There were some issues there, right? It's all good?" Yes, Nicole replied, adding that their relationship is "better" now and that they are still together and content.

The star said more about her relationship in a May 3 Instagram post that included a romantic black-and-white photograph of herself and her spouse. Despite the difficulties, she claims the pair remained united. "Here's your answer, love... through the ups and downs, highs and lows, good times and bad, we are still together. To God be the glory."

The Truth About Nicole Quitting "Married To Medicine"

Nicole's life, extensively covered throughout Seasons 2, 3, and 4 of the show Married to Medicine, was first featured in 2014. We learned she had a boatload on her shoulders. She juggled the pressures of being a mother, a business entrepreneur, a married life, and striving to maintain ties with other women all at the same time.

The actor opened up about the turmoil in filming reality shows in an exclusive conversation with Talking With Tami. She first agreed because she saw it as an excellent outlet for her business and inspiring women. She did, however, mention that she could do it without all the drama since she dislikes drama and controversy.

Even for TMZ, she claimed she will not be joining the reality show, noting her professional commitments, such as her fashion brand, as the reason for her withdrawal.

"You have to be ready to surf the momentum wave when momentum arrives," she said confidently.

However, things didn't appear to be as they seemed when, in April 2017, the reality star announced her departure from the Bravo series, even though she had been dismissed by the network. Nonetheless, her relationship with her husband, Dr. Darren Naugles, was already in shambles when she decided when a man came forward alleging to have slept with the doctor. Likewise, a leaked voicemail from an enraged Lisa pleading with Darren to break up with his affair emerged seven months later.

That being said, an insider familiar to the couple, however, claimed in a release that the disclosed voicemail was months old and that the two are committing themselves to make their relationship work.

Nicole stated she will most likely appear occasionally as time allowed, as would the casting team. And looks as if she has kept her promise. Bravo TV has welcomed her as a "friend of" cast on Married to Medicine, Season 8.