Who Is Billy Corgan Dating Now? His Relationship Details With Girlfriend

By LRU Writer | On: January 14, 2020
Billy Corgan's girlfriend is an artist and founder of...His thenwife is a museum book restorer and artist...He first revealed his thoughts on gay marrage to...As of today, Billy's net worth stands at an impressive...He prevously had long hair in contrary to his current...preferred long hair in contrary to his current 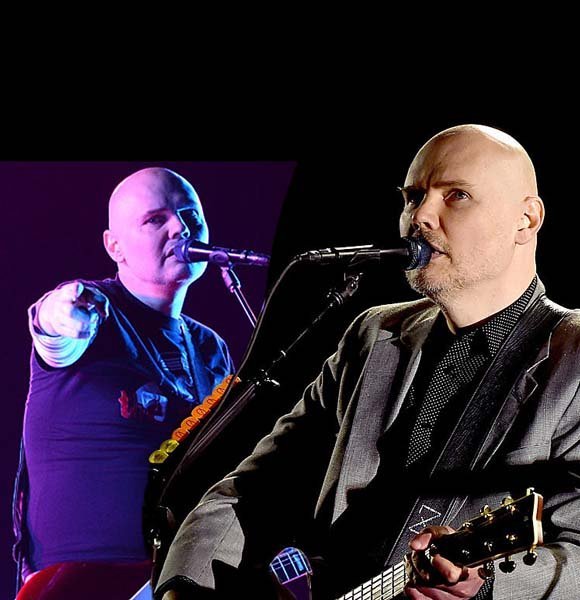 Billy Corgan is known as the singer and songwriter of the grunge rock band Smashing Pumpkins. He first formed the group in 1980 and produced instant hit songs such as Today & Bullet With Butterfly Wings.

His band's album Mellon Collie and the Infinite Sadness made it to the Billboard 200 album chart. Interestingly, in 1996, he even made guest appearances in the classic animated show The Simpsons alongside his bandmates on the episode titled Homerpalooza.

Billy is dating Chloe Mendel, an artist and founder of Maison Atia-a luxury faux fur brand founded in 2017. She is the daughter of fashion designers Gilles Mendel and Jenny Mui. Billy and Chloe share a vast age gap of 25 years; Billy was born on 17th March 1967, and Chloe was born in 1993. The songwriter was married to Chris Fabian. His then-wife is a museum book restorer and artist. They were married since 1993 before eventually getting divorced in 1997 following their split in 1995.

As of today, Billy's net worth stands at an impressive $50 million as per celebrity net worth. He has sold 30 million records worldwide.

Furthermore, by the end of 2019, he managed to tour across the US and countries such as Italy and Ireland for LIVE shows.

Talking about his assets, the singer sold his lavish mansion located in Beverly Hills canyon for $3.9 million in 2017. The singer's permanent residence remains the 9,600 square feet covering a lakefront estate; it is worth $6.8 million.

Moreover, he owns another home next door that cost him about $1.25 million when he bought it in 2013.

Facts About Billy Corgan Including Height: