By LRU Writer | On: January 13, 2020
David Mitchell is an English stand up comedian...also known for writing and starring...tied the knot to...wedding held at...welcomed their first child...was born on...Both his parents worked as...completed his schooling at...David's wife Victoria Coren is...was a talented girl from a very young age...stands at a height of... has a net worth of... 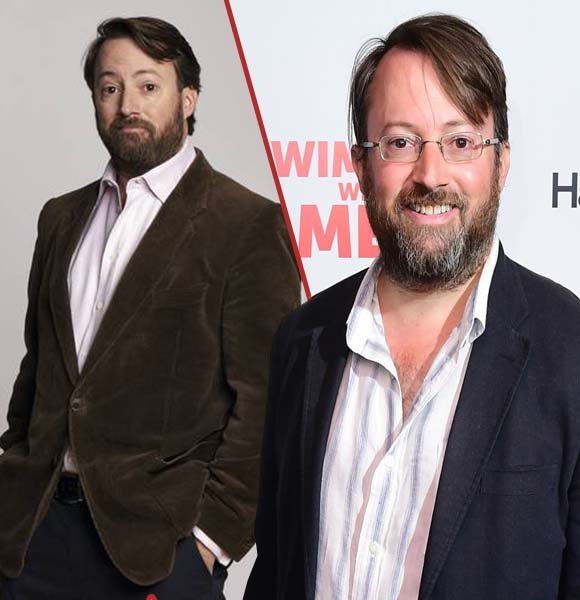 English stand up comedian David Mitchell is one of the members of the iconic comedy duo, Mitchell and Webb, alongside Robert Webb. He is also known for writing and starring in the Channel 4 series Peep Show (2003-2015). His performance in the comedy series fetched him a BAFTA for Best Comedy Performance in 2009.

David Mitchell tied the knot to Victoria Coren on 17th November 2012. The lovely couple has already welcomed their first child. David Mitchell with Victoria Coren his wife and daughter in 2018 (Photo: thesun)

Their daughter, Barbara Elizabeth June Mitchell, was born on 22nd May 2015.

David and Victoria first met at a star-studded party in 2007 but started dating only in 2010.

After dating for over a year, the comedian popped the big question in March 2012, and the couple got engaged, which was followed by a grand wedding.

Their wedding held at St Peter's Church in Belsize Park, London, was a dreamy affair. On the big day, Victoria donned a traditional white fishtail wedding gown, whereas the groom dazzled in a classic black tailcoat over a grey suit.

David's wife, Victoria Coren has worn many hats in her career. She is a writer, presenter, and professional poker player.

She was born in August 1972 in Hammersmith, West London. She was a talented girl from a very young age. As a teenager, she had her story published in magazines. As a grown-up, she has penned books like Love 16 and Once More, with Feeling.

David was born on 14th July 1974 in Salisbury, England, to parents, Ian Mitchell and Kathy Mitchell.

Both his parents worked as hotel managers in Salisbury. But in 1977, his parents got a job to teach Hotel Management courses at Oxford Brookes University, and the family moved to Oxford.

Another English Comedian:- Hugh Dennis Married Status Now, Who Is His Partner?

David completed his schooling at Abingdon School in Oxfordshire. Since his schooldays, David used to write comedy sketches with his friends. Later he went to Cambridge University for higher education, and that was where he came across his comedy partner Robert Webb.