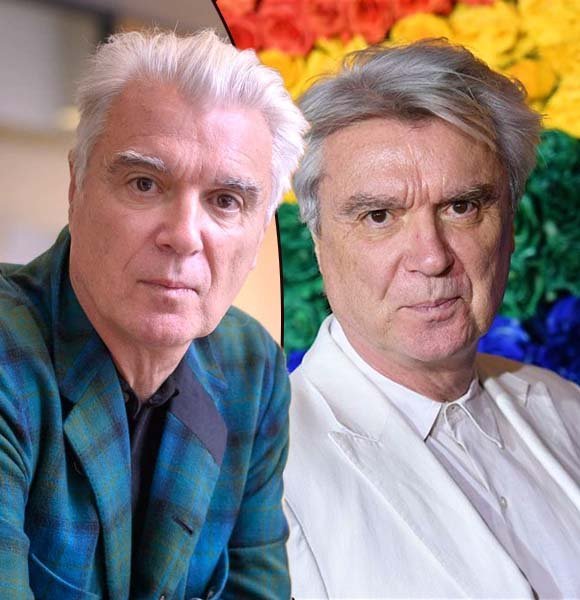 David Byrne is a composer, songwriter, and singer, best known as the frontman and lead singer of the New Wave/punk band Talking Heads (1975-1991). He is known for hits like Psycho Killer, Burning Down the House, and Heaven.

Read on to know more about the talented musician's personal life.

David Byrne was once married to actress and costume designer Adelle Lutz. The couple had tied the knot on 18th July 1987. The couple had met when David was visiting Japan in 1982.

But, their relationship eventually fizzled, and the couple got divorced in 2004.

After his divorce with Adelle, he was linked with an art curator named Louise Neri. Later, he also dated an artist named Cindy Sherman from 2007 to 2011.

David Byrne has a daughter named Malu Abeni Valentine Byrne with his ex-wife Adelle. Malu is a glass sculptor and jewelry maker, who has her designer line- Abeni. Further, she also has a son named Bo Wyly Ford, born in August 2018, which makes David a grandfather to little Bo.

David was born on 14th May 1952 in Dumbarton, Scotland, to parents Tom Byrne and Emma Byrne. He grew up alongside his sister, Celia Byrne.

His family moved to Canada when he was two years old, and later they shifted to Maryland, U.S. when he was nine.

David had a passion for music from a very young age. He could play guitar, accordion, and violin with perfection, even before joining high school. He attended Lansdowne High School in southwest Baltimore County, and that was where he started his musical career.

After high school, David attended the Rhode Island School of Design and later the Maryland Institute College of Art. But, eventually, he dropped out of college to pursue a career in music, and the rest is history.

According to celebrity net worth.com, David's four decades-long career as a musician has rendered him an estimated net worth of $40 million.