By LRU Writer | On: September 08, 2019
It is hard to get noticed as an actor in a large industry like Hollywood. On...The America's Sweethearts star met his future wife, Janice...Along with a career in acting, Billy of height...Further, both Billy’s children are married; Lindsay to Howie Miller and Jennifer to Michael Foley. His married daughters boast two children each... 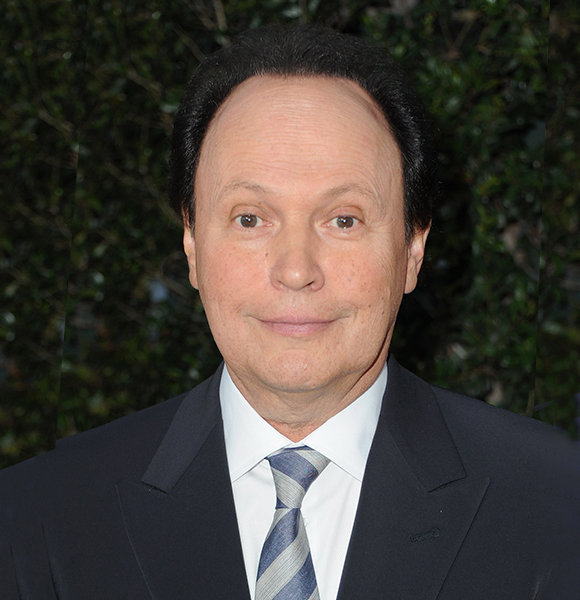 It is hard to get noticed as an actor in a large industry like Hollywood. On top of that, to be remembered for a role is another arduous task in the robust film making business.

However, Billy Crystal has managed to do both. To date, the veteran actor is recognized for his lead role in 1989 rom-com, When Harry Met Sally. Excitingly, Billy had a reunion with his on-screen lover, Meg Ryan, and the film’s director, Rob Reiner on the occasion of the film's 30th anniversary in April 2019.

Billy Crystal was one of the most sought after leading men during his heyday in Hollywood. However, his dating life never became tabloid fodder as he settled down pretty early in life.

The America's Sweethearts star met his then-future wife, Janice Crystal when he was just eighteen years old. And, the young love turned into a stronger bond as the pair got married on 4 June 1970.

To date, Billy is happily married to his wife - actress and producer of movies namely My Uncle Berns and The Comedians. According to the actor, the reason behind the stable marriage in Hollywood is their strong communication. Apart from a successful married life, the happy couple boasts two daughters named Lindsay Crystal and Jennifer Crystal Foley. While the former is a producer of TV shows like Not Safe with Nikki Glaser, the latter is an actress known for 61* - a 2001 TV movie.

Further, both of Billy’s children are married; Lindsay to Howie Miller and Jennifer shares her household with Michael Foley. His married daughters boast two children each, which makes Billy the grandfather to four grandchildren.

The veteran actor indeed lives a happy and fulfilled life with his family.

The actor has decades of experience in Hollywood. To date, he boasts over 70 acting credits. His memorable films include The Princess Bride, This Is Spinal Tap, and Memories of Me. Further, TV shows to his name are Sesame Street, The Bernie Mac Show, and Friends.

Along with a career in acting, Billy of height 5 feet 7 inches (1.7 m) has also established himself as a stand-up comedian. He has hosted Oscars nine times and managed to win a total of five Emmys for his performance in the prestigious award show.

After his acting career took a back seat, Billy became actively involved in stage and comedy. In 2013, he performed a one-person show titled 700 Sundays, which fetched him a Tony award.

Between 2016 to 2017, he went on tour around Australia and the United States for his show, Spend the Night with Billy Crystal.

As of 2019, his movies namely Which Witch? and Monsters at Work are in the making. With a long and active career in Hollywood, the artists of age 71 boast a net worth of $45 million.