Biz Markie is Too Busy To Get Married and Have Wife! Career Reflects

By LRU Writer | On: November 07, 2019
Biz Markie is Too Busy To Get Married and Have Wife! Career Reflects Well, Biz Markie an American actor, comedian, singer, rapper, beatboxer, DJ, reality television personality and commercial spokesperson, by the looks of the professions that he has his hand on, is downright busy. And it might as well be the reason that he is not married to a wife yet. Let's take a closer look at Biz Markie's busy life. 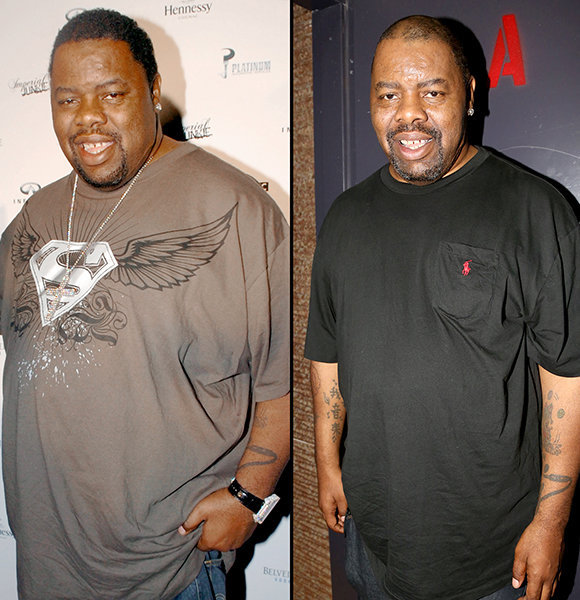 It's understandable when a person opts to focus on their career before sparing a thought on personal life. Having to take care of a budding career requires a proper amount of time being vested, and people barely can take a break.

Biz Markie, an American actor, comedian, singer, rapper, beatboxer, DJ, reality television personality, and commercial spokesperson, by the looks of his professions, is downright busy. And it might as well be the reason that he is not married to a wife.

Or, so it seemed!

The multi-talented actor recently posted a picture with HIS WIFE on Twitter! Who is she? And how long has he been married? Read below to find out.

Being versatile and dynamic always gives you an upper hand irrespective of one's profession. Born as Marcel Theo Hall and popular with the stage name Biz Markie, Biz can be taken as a perfect example of such person, as, if one starts counting his skills and talents, it will take them a while to make a list.

Kyle Massey is dating his girlfriend from...has had quite an eventful dating

Biz has been active in the entertainment business since the 1980s and is still making significant contributions. Not only is he versatile with his skills, but he has also been able to get popular amidst the people of all age groups, be it, adults, youngsters, or kids.

Biz's association with Yo GABBA Gabba, a children's television show in America, made him a favorite among the kids.

Also, he has been able to spread positivity in kids regarding hip-hop.

Furthermore, Biz has even graced the TV screen numerous times, and his acting credits of 2017 include Black-ish and Rad Lands. And not to forget, Biz has also been a part of the movie Men in Black II alongside the famous American actor Will Smith. Well, no wonder his talents are being put to good use!

Before finding out who the rapper's wife is, people must have had different speculations about his dating life. As the actor/comedian was seen with different girls in his Instagram and Twitter handle.

The predictions were a hard reach, as it was proven by Biz himself on 10 September 2019 by posting a picture of his wife on his Instagram handle. As per the comments, people, when they saw them at the wedding of his son Treach Markie, thought he was hugging a friend, which of course, seemed fishy. But that was not the only picture the MIB-II alum flaunted his wife to the world. On 10 October 2019, he tweeted a throwback picture of his wife on Twitter.

He mentioned in the tweet that he has been together with his wife for fifteen years and asked fans to follow her as well.

For #tbthursday here is a pic of me and my wife @taradise_25 from 15 years ago to NOW. Please Follow her!!!

Why the rapper hid his wife from the public's eye for fifteen years remains a secret. Maybe the reason was his ever-rising career filled with paparazzi and gossips, or perhaps something else. Whatever it is, it rests with Biz and his wife.