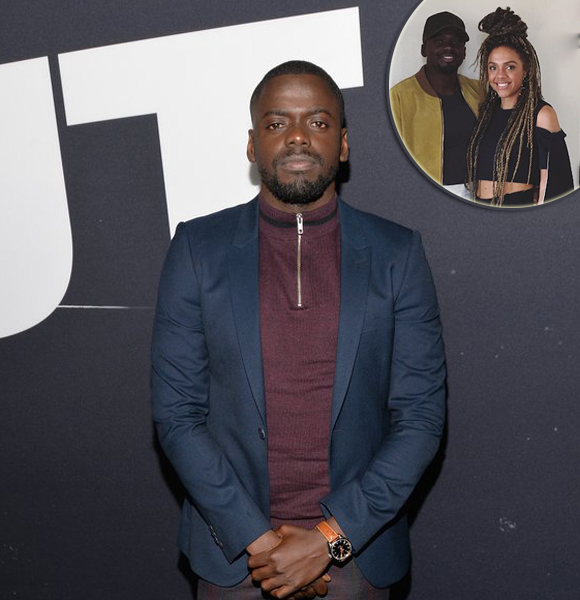 Daniel Kaluuya's acting career took a turn for the good after he landed a role in the 2017 mystery movie, Get Out. For his acting in the film, Daniel was nominated for the category of Best Performance by an Actor in a Leading Role at the 2018 Oscar Awards.

Interestingly, the actor's next project Black Panther (2018), too managed to secure an Oscar nomination in the category of Best Picture.

Who Is Daniel Kaluuya Dating?

The Get Out actor is currently in a relationship with actress Amandla Crichlow. Like Daniel, she, too, is affiliated with several onscreen projects and has worked as a producer as well.

Get Out's Catherine Keener After Divorce With Husband :- Dating Again Or Red In Ruins?

Amandla has appeared in a few TV shows like Prime Suspect 7: The Final Act (2006) and The Bill (2007). Moreover, she comes from quite a well-respected family as her father, Frank Crichlow, is a businessman and activist. After all, Frank campaigned against police persecution of minorities and has even been nicknamed "the godfather of black radicalism."

Although Daniel and his girlfriend haven't yet disclosed when or how they started dating, there is a probability that Amandla's sister Lenora Crichlow played a significant part in introducing them.

Interestingly, while Daniel acted in the first episode of the show Black Mirror, his girlfriend's sister was a leading cast in the same show's another episode titled White Bear. But, the power couple has yet to confirm if this was the case. As of now, although the couple likes to keep their relationship private, they haven't shied away from appearing together on various occasions. The actor was even spotted sharing the red carpet with his bae at the 2018 Golden Globe Awards.

Today, the British actor relishes a net worth of $15 million, and by the looks of it, he is set to boost the figure even more. There's no denying that his role on Marvel's hit franchise Black Panther (2018), helped him secure an impressive amount. After all, the movie managed to gross more than a billion dollars in the box office.

Details On Black Panthers' Director :- How Much Is Ryan Coogler's Net Worth?

Moreover, he is already in talks to star in the film's sequel reprising his character of W'Kabi again. But, in case he lands the role, Daniel is sure to get an impressive salary from the studio.

Talking about his past projects, the actor appeared in critically acclaimed TV shows and movies such as Black Mirror and Get Out. The latter even won the Best Original Screenplay category at the Oscar and also made $255 million at the box office.