By LRU Writer | On: December 18, 2019
Bramty Juliette is a popular Chilean YouTuber known for her self titled YouTube channel and family channel, The...Bramty was born on 19 June 1995 at Santiago, Chile. And, she boasts a Gemini sun sign. Although...Bramty is a middle child as she has an older brother and younger brother. Her younger brother, Jeff Haynes, was jailed... 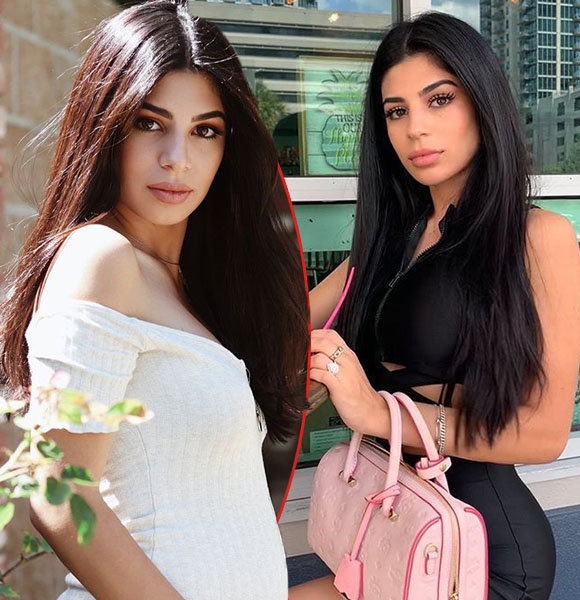 Bramty Juliette is a popular Chilean YouTuber known for her self titled YouTube channel and family channel, The Bramfam.

Bramty, who started posting videos in February 2016, has built a massive brand online. She boasts over two million subscribers in her family channel while over 400K in the Bramty Juliette channel.

Bramty was born on 19 June 1995 at Santiago, Chile. And, she boasts a Gemini sun sign. Although born in the South American country, she resides in Tampa, Florida, United States.

Bramty is a middle child with two siblings as she has one older and a younger brother. Her younger brother, Jeff Haynes, was jailed for multiple charges: grand, automobile theft, and firearms theft and home burglaries, in 2016.

According to Bramty, her younger sibling had plans to join the military. But, he got into trouble under the influence of the wrong crowd. For the longest time, she kept her felon brother a secret, but some people on the internet leaked about his whereabouts.

YouTube Family:- LaBrant Family Net Worth, House, Story | Everything You Need to Know

Thus, In April 2019, Bramty took to YouTube via video titled, the reason why I've kept my little brother a secret for years…, to tell her version of the story.

Bramty is married to Luis Espina since 2012. The couple had met the same year via a mutual friend and soon started dating. After tying the knot, the neighbor turned lovers didn’t waste time and went the family way. Luis Espina was born on 5 December 1995 in Mexico. But, he has Cuban descent.

Regarding his profession, Luis has worked as a US Navy, starting in 2014. Further, he also appears on the family YouTube channel and is very active on Instagram.