By LRU Writer | On: November 07, 2019
With millions of followers ... Brandon Flynn is a popular guy. Leave aside his role as...As of 2019, he is booming in terms of attention. With his role in...Even in an interview with variety.com, he opened up about everything and how he was a member and supporter of the...Previously the rising actor was linked with famous musician...Brandon started his acting career from... 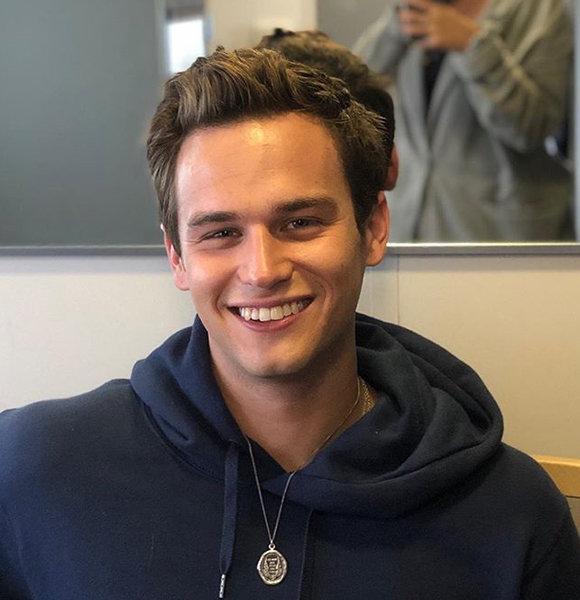 With millions of followers on social media, no doubt, Brandon Flynn is a popular guy. Leave aside his role as Justin Foley on Netlix's 13 Reasons Why Brandon is a star who shined long ago before his entry on the Netflix franchise.

A performer since the age of 10, Brandon's first act was Mr. Smee in a stage performance of Peter Pan.

As of 2019, he is booming in terms of attention. With his role in 13 Reasons Why Brandon's and HBO's True Detective, Brandon's popularity is only skyrocketing.

Dating Scoop, Is He Gay?

Brandon is an openly gay man. Regarding his sexuality, the actor claims that he never did actually come out to the general public. While he didn't unveil anything, it was quite apparent about how open he was about his sexuality.

Even in an interview with variety.com in 2019, he opened up about being a member and supporter of the LGBT community.

In terms of dating, the rising actor was linked with famous musician Sam Smith. Sam and Brandon made their first appearance as a romantic couple on 1st January 2018. However, rumors of them dating started long ago. In October of 2017, the singer had hinted about a relationship on The Ellen Show.

While he did not mention who he was dating, it was soon revealed to be Brandon. Sadly though, the relationship didn't make it. Though Brandon did talk about getting married in Australia with his love, he even wore a ring on that finger, but nothing ever happened. By June 2018, the pair had already split. It was devastating news for their admirers but true none the less. The reason behind their split was reported to be their busy and rising career.

As of 2019, Brandon is rumored to be dating Game of Thrones star Richard Madden. Both have yet to speak clearly if the two are actually romantically involved.

Brandon was born on 11 October 1993 in Miami, Florida. Son of parents Michael Flynn and Debbie Flynn, he was raised alongside sibling sisters Danielle Flynn and Jamie Flynn.

The only son in the family, the actor, attended the New World School of the Arts and graduated from Mason Gross School of Arts, Rutgers University, with a bachelor's degree in Fine Arts.

Brandon - height 5 feet 11 inches (1.8 m) - started his acting career from small roles, commercial, and stage performances until his big break with Netflix's 13 Reasons Why came along.