By LRU Writer | On: September 17, 2019
Hisham Tawfiq has become a name synonymous with TV’s hit crime thriller, The Blacklist. Portraying the...Hisham of age 49 grew up in New York with a huge family. His brood consisted...Hisham married the woman of his dreams, Spirit Tawfiq on... 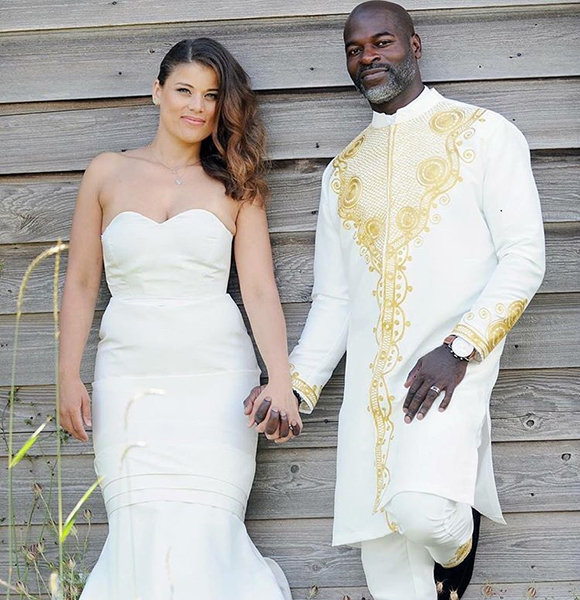 Portraying the character Dembe Zuma since 2013, he won hearts as the bodyguard and confidant of the show’s lead Raymond Reddington ( played by James Spader).

Initially, his role was not written in the NBC program, and Hisham had to create his lines during the audition.

As Hisham has been a constant feature on the show since 2013, (spoiler alert) his character’s cryptic goodbye with Raymond in season six's nineteenth episode, Rassvet, sent fans into a meltdown. Amidst the building drama in the show’s lead’s surroundings, Dembe was nowhere in sight.

When he didn’t appear in the show’s penultimate episode, fans of the show couldn’t help but speculate about his departure from the series. However, Raymond’s confidant came back in the show’s season six finale episode and saved Raymond from Anna McMahon (played by Jennifer Ferrin).

Now, Hisham is set to return as the beloved character in The Blacklist’s seventh season on 4th October 2019.

Hisham married the woman of his dreams, Spirit Tawfiq, on 9 July 2016. He wedded the social justice worker and founder of Roots of the Spirit in a beautiful ceremony.

The bride and groom both stunned the wedding crowd in a white ensemble; where Spirit stunned in a gown and Hisham wore an Indian salwar like attire. Interestingly, the actor’s wife also worked as a camera assistant in the past. And, she uses her skills to help her husband’s social media videos.

Many might be unaware, Hisham has a 20-year-old son, Khalil Tawfiq, from his previous relationship.

Hisham of age 49 grew up in New York with a huge family. His brood consisted of his religious leader father, mother and four younger brothers.

Growing up, he was interested in football. Sadly, he met with an injury in high school. While joining dance for recovery, he found his true passion in arts. Thus, he took up dancing and went to a French school.

According to Hisham, along with pursuing arts, he wanted to give back to the community. Thus, he joined the US Marines and later also worked as a NewYork City firefighter.

Excitingly, he was an active firefighter when he joined Blacklist in 2013. In 2015, it so happened that he completed twenty years of service in the fire department as well as got offered the series regular position on the NBC TV show.

Thus, he retired from the firefighter's duty and started working full time as an actor.

Well, the move surely worked in his favor. Today, he earns over an average salary of over $49,924 per year.

Further, it is reported Hisham boasts a net worth of $200K. He surely has made his deceased parents proud.