Braun Strowman Injury Update, When Is WWE Superstar Returning Back?

By LRU Writer | On: December 23, 2019
Braun Strowman is an American professional wrestler...fights under the...earned himself the nickname...real name is... used to compete as a Strongman... participated in the 2012 Arnold Amateur...played in Three Count...began his professional wrestling career in early...match was scrapped because...dating wrestler...net worth is reported to be... 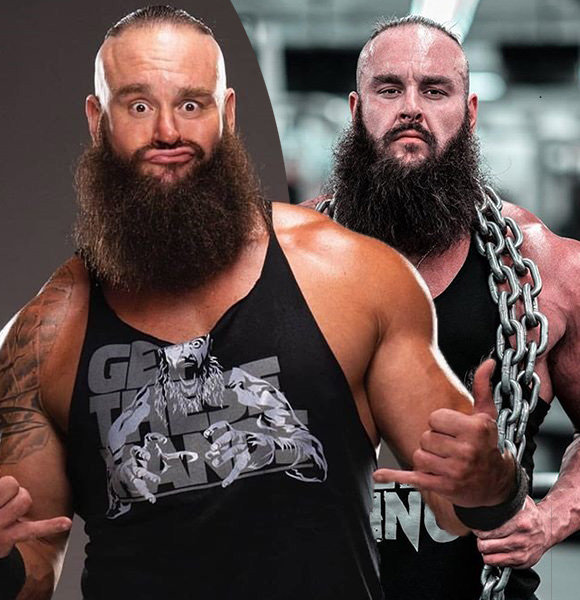 Braun Strowman is an American professional wrestler currently signed to the WWE. He fights under the SmackDown brand and has earned himself the nickname of “Monster among Men”.

Braun is loved by WWE fans because of his scary persona in the ring. Coupled with his quirky personality outside the ring, his popularity comes as no surprise.

Braun’s real name is Adam Scherr. He was born on 6 September 1983 in Sherrills Ford, North Carolina. His father Rick “Crusher” Scherr used to be a professional softball player and is still regarded as one of the greatest slow-pitch softball players of all time. His induction into the United States Specialty Sports Association (USSSA) hall of fame is a testament to his skill and contribution to the game.

In addition to his WWE and Strongman career, he has also dabbled in acting. He has played in Three Count (2016) and Holmes & Watson (2018).

Braun began his professional wrestling career in early 2013. He fought in many matches but didn’t make a big name for himself until he joined the Wyatt Family - a wrestling group comprised of Bray Wyatt, Luke Harper, Erick Rowan, and Braun Strowman - in 2015. He had two great years as partners with the Wyatt Family and his fame rose by leaps and bounds.

Braun was drafted to the RAW brand while Bray Wyatt and Erick Rowan were drafted to SmackDown in 2016. This led to Braun leaving the Wyatt Family and starting his singles career. With his huge physique and astonishing feats of strength (flipped an ambulance with multiple passengers inside, flipped a big production truck as well as a limo) it didn’t take long for him to establish himself as a serious contender even in the big stage of RAW.

In December 2019, Braun was set to fight against Intercontinental Champion Shinsuke Nakamura at the WWE TLC pay-per-view. But the match was scrapped because Strowman was dealing with an injury. The WWE superstar is dealing with back spasms and is taking a break from wrestling. Braun Strowman on December 2019, letting his fans know about his back injury (Photo: Braun Strowman's Instagram)

Braun let the world know about his condition on 15 December 2019. In his own words:

I’m bored laying around nursing this old back of mine somebody make me laugh!!!!! #CaptionThis

As of now, Braun is recovering from the injury and increasing fans' anticipations as to what the wrestler will bring into the ring upon his return to the WWE.

Braun is not married. He was dating wrestler Kamilla Kaine back in 2018 but the two are no longer together.

Another WWE Superstar:- How Tall Is Rhea Ripley? A Look At WWE's Wrestler Dating Status

No details are known about their split but Kamilla is currently dating someone else. While Braun isn't involved romantically with anyone, he does have a new sweetheart in his life. He became a godfather to his cousin's daughter in early 2019 and he adores her greatly.

Considering his income from contracts and merchandise sales, Braun Strowman’s estimated net worth is reported to be $2,500,000.