By LRU Writer | On: April 23, 2019
A four-time Olympian for the US in the sports of Javelin, Breaux Greer is a retired track and field athlete... Beyond his playing days, Breaux is an actor in the making, a faithful husband and above all a loving father... Age, Parents & Height...Children With Wife...Net Worth... 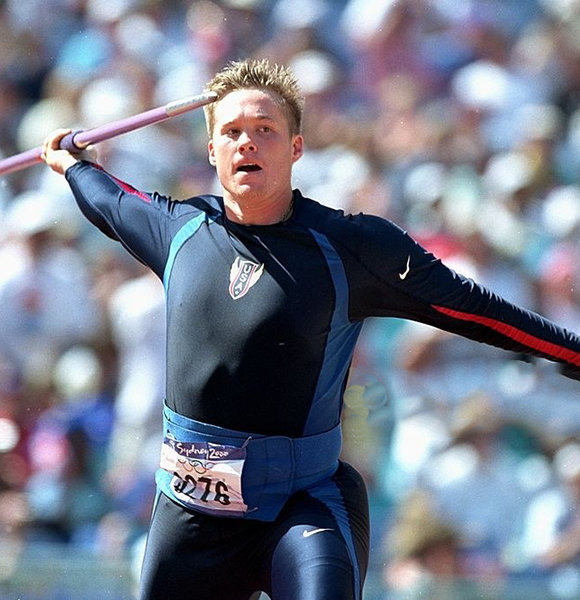 A four-time Olympian for the US in Javelin, Breaux Greer is a retired track and field athlete.

In 2007, he became a world recorder holder by throwing 91.29 meters (299.5 feet). It would take Kenyan athlete Julius Yego eight years to beat his record.

Between 2000 and 2007, Breaux was the best Javelin thrower, winning eight American championships in total.

After the 2008 Beijing Olympics, the champion track and field athlete hung up his boots -- thus, signaling end to what had been a legendary career run.

Beyond his playing days, Breaux is an actor in the making, a faithful husband and above all a loving father. Read along to learn more!

Born Edward Breaux Greer on 19 October 1976, the eight-time American champion is a native of Houston, Texas.

Despite his Texas family background, he attended Ouachita Parish High School after his parents moved to Monroe, Louisiana. After graduating in 1994, he enrolled at Northeast Louisiana University to earn his college degree.

Besides his signature pink hair, Breaux - now age 42 - makes his presence felt through his 6 feet and 2 inches (1.88 m) height.

To those wondering about Breaux's relationship status: He's a married man with an actress wife and children. Following four years of dating, in October 2016, the Houston Texas-native and his wife Katy Mixon got engaged. However, the duo wouldn't get married until they welcomed their two kids.

In May 2017, Breaux's then-fiancee Katy gave birth to their first child -- a baby boy named Kingston Saint. And exactly a year later, in May 2018, she became a mother of two after welcoming a baby girl, Elektra Saint.

As for the couple's wedding: it remains a private affair. Neither the Champion Javelin thrower nor his actress wife has spilled the beans about the big day.

Katy Mixon is an accomplished name in Hollywood, with acting credits in numerous TV shows & movies including American Standard, Mike & Molly, The Quiet and American Housewife.

Through her excursions, Breaux's other half has amassed over $10 million in net worth. What about him though?

Although there's no definitive figure to outline his fortune, insiders argue that the four-time Olympian boasts a formidable net worth. A Nike-sponsored athlete, Breaux provided an insight into his earnings in a 2017 interview by claiming:-

Somewhere down the chat, he professed gratefulness for his career path and the different types of experience he was able to collect. By his admission, he is his boss and not stuck to a cubicle.

Inspired by his, Breaux took up acting after retirement. In 2009, he made his debut by portraying the character of Hurricane in the TV series, American Gladiators.