By LRU Writer | On: July 25, 2019
Brely Evans is a triple threat entertainer who is an...boasts a Southern accent inherited from her parents and celebrates her birthday on...also worked as a motivational speaker and served in the...a few days of engagement, Brely landed another bombshell to her fans as she tied the knot with... 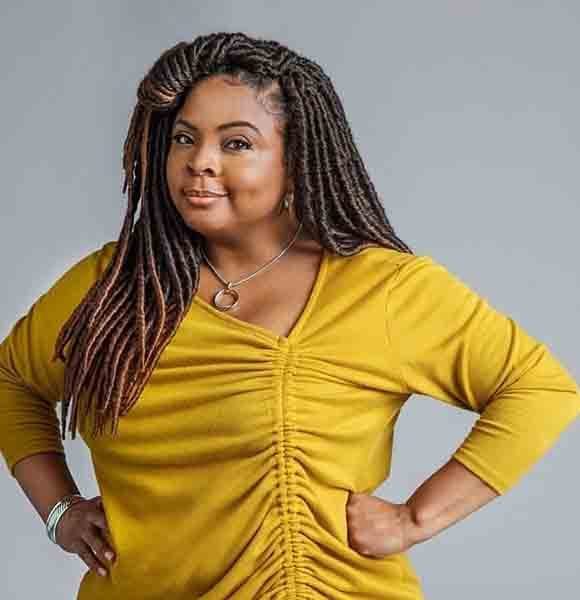 Brely Evans is a multi-talented entertainer; she is an actress, vocalist, comedienne, and a voice-over artist. The American native showcases versatile acting styles in different movies and TV shows.

Born with a talent to express herself openly and influence people, Brely is also a role model and motivational speaker. She shows people how to live out their dreams with hard work and dedication.

The Oakland native boasts a Southern accent inherited from her parents and celebrates her birthday on 9 December 1972. She measures at the height of 5 feet 2 inches(1.58m) and has brown eyes and hair.

From a young age, she was a very active person; she participated in college activities like cheerleading, sports, and hosting college events. As she moved on in life, she focused on modeling and acting.

Her big appearance on the big screen came in 2008 when she appeared in the movie Outrighteous. Later, she nourished her acting skills and made a big move in the film Just Wright in 2010.

Apart from acting, the Oakland native also worked as a motivational speaker and served in the Water Walkers Worldwide Inc as its founder.

As of now, the actress is enjoying her involvement in multiple broadcasting networks and working in thier upcoming projects like The Family Business, Ambitions, Last Call.

Brely Evans' personal life was a low-key affair as she did not let anyone in on her dating and relationship status.

But, in August 2016, she finally broke the ice and revealed her boyfriend-turned-fiance, a Corporate Security personal at SBE. She did so by posting a picture of her fiance, Joseph Eddings, placing an engagement ring on her fingers. After a few days of engagement, Brely landed another bombshell to her fans; she tied the wedding knots with her fiance and posted their wedding picture in her social media.

Now, the happy husband and wife are often seen spending a lovely time together, attending functions, going on holidays and celebrating wedding anniversaries.

Brely Evans has been successful in entertaining her fans for the last decade with her excellent comic timing, nail-biting roles, and unrivaled acting talent. In her growing tenure in the entertainment industry, she got involved in several TV shows and movies like Walk Away from Love, Being Mary Jane, Outrighteous.

As of now, the comedian features on three separate networks; OWN, BET and Bounce TV and has vital roles in their new upcoming series. From her vast exposure in the acting industry, she boasts a net worth of $4 million.