Brent Rivera Bio: From Age and Birthday to Gay Rumors!

By LRU Writer | On: January 11, 2018
Brent Rivera Bio: From Age and Birthday to Gay Rumors! The road to success and fame is not that easy where many have to work hard on this journey. Well, one of the famous Internet sensations, Brent Rivera is unique for that matter, who made the road to fame based alone on social media. 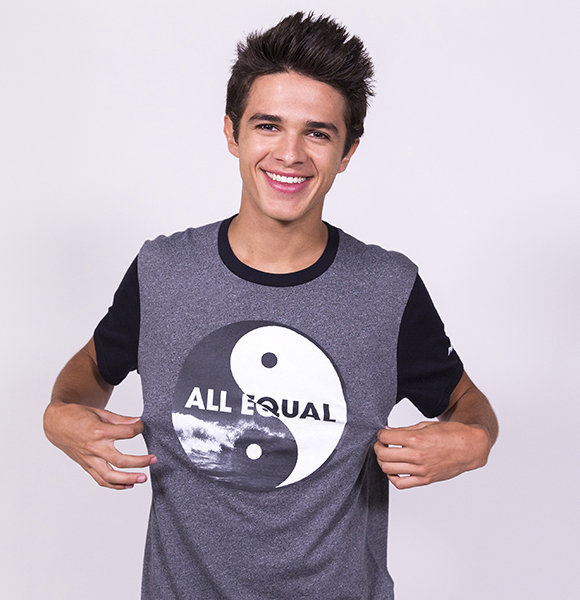 The road to success and fame is not that easy where many have to work hard on this journey. Well, one of the famous Internet sensations, Brent Rivera is unique for that matter, who made the road to fame based alone on social media.

Brent Rivera has never appeared on a movie or TV show; however, he has managed to unlock the secrets to fame. Well, his secrets to fame are a major feat for those looking for such high fame.

Well, we dedicate this post to the complete bio of the Internet sensation, Brent Rivera, uncovering his secrets to fame!

How Brent Rivera Rose To Fame?

The famous name of the Internet, Brent Rivera, first developed his desire to entertain others at the age of 11 years old but got his platform in 2009. Rivera started his first YouTube channel with the name “MrBrent98” which later became a stepping stone to rise as the Internet sensation.

Later in 2013, he created another Vine account, which became the major platform for all his funny video skills and wits. Not only that, but Vine also became the platform where he gathered most of his fans and admirers love rather than YouTube.

Rivera, who belongs to white ethnicity, was living all normal before he joined social media and he never was part of any movie nor any TV show that helped his fame establish early. But his sudden rise in social media came as no surprise as the fans loved the blue-eyed Los Angeles teen.

However, it was the combination of his chiseled abs and the killer looks that made many female fans and admirers fall in love. Fuel to the fire, Brent Rivera uploaded his shirtless photos on his Instagram which unequivocally is a feast for the eyes.

Given the fact that he is a teen heartthrob, there is room for erroneous judgment. Rumors have it that Brent is a gay man.

Truth-be-told, gay men are hot as hell, and the likes of Anderson Cooper and Gio Benitez prove it.

However, it is not the same with Brent as the man previously dated model, Morgan Justus.

But, above of all, it was always the content of the social media star, Brent, that glued his massive audience. Rivera, who stands at the height of 1.80 m or 5' 9", has already posted a lot of videos, where he applies all sorts of creative ideas to make his work interesting and alluring.

Brent can perfectly showcase what loving you do looks like.

Not only that, the YouTuber turned himself into a singer and boggled fans with his song “Doubt Your Doubts” released on iTunes in November 2014.

"You don't build a business - You build people - and then people build the business" - Zig Ziglar.

He even fulfilled his childhood dream of acting starring in the 2017's movie called "Alexander IRL."

Despite living the dream, working on self-interest, the Youtuber has kept his net worth at bay. However, regardless of how many digit net worth he has, nothing can beat the love of millions of fans. It just can't!

The 20 years old, Brent Rivera was born in 1998 in Huntington Beach, California and celebrates his birthday on January 9. The California native has not revealed parent's information but seems frank to upload his siblings' picture on his Instagram. Here is a picture shared by Brent with two sibling brothers, Brice and Blake and one sister named Lexi.

Most recently, Brent posted a video on YouTube about the things he and other guys find attractive in a girl. His female fans surely can take some lead from it because he feels that girls, usually look cute while wearing sweats.

Hop in the race ladies. You know what he likes!