By LRU Writer | On: June 21, 2021
The Saddle Club heartthrob, Brett Tucker who appeared as Max Regnery -a hot trainer- in the series is a huge name in the...has had a few memorable dating encounters with co-actress like...acted as a mediator to spark chemistry between singer Miranda Lambert and Brett, but it...attended Melbourne National Theatre Drama School and was interested in... 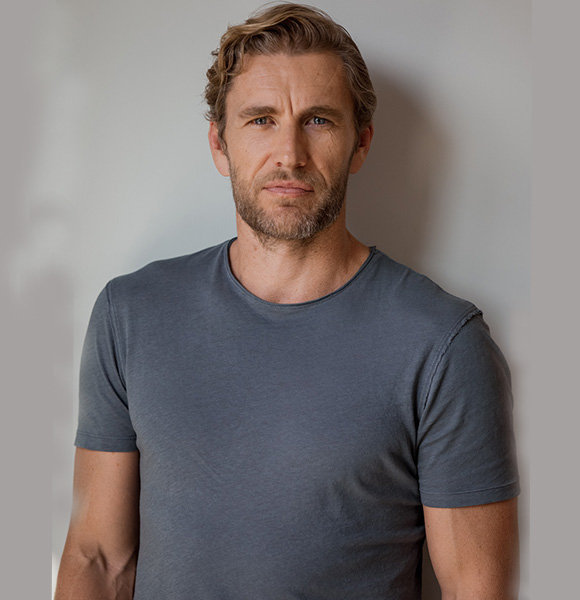 Brett Alan Tucker is an Australian actor and singer have most known for his portrayal as Max Regnery, a sexy trainer, in the tv show, The Saddle Club. He has proven his acting talents and gained a loyal fan base as a result of the series.

The actor has always been interested in acting, with hobbies including snowboarding, surfing, piano, and football. Known for his ability to play unique characters on television, he has appeared in many notable productions, including Newton's Law and The Brave. He is very versatile and always busy with something.

With so many fresh projects under his hat, he has many people invested in learning more about him and his private life. Today, we'll hear about his dating life, rumors about him being gay, and his whole life in general.

Is Brett Tucker Dating Someone Or Is He A Married Man?

Tucker has retained his image as a heartthrob for many women, despite at the age of 49, because of his stunning physical appearance and dedication to his profession.

The ‘Mine’ actor has had a few interesting dating experiences, thanks to his unique demeanor. Eliza Taylor, Lindsay Lohan, and Miranda Lambert have all been rumored to be his co-stars who he has dated.

Having started with Eliza, the Neighbours co-stars were reported to be together in February 2008 but refused to acknowledge the news, causing the romance to fizzle.

The duo was seen leaving the celebration together, which sparked a lot of speculation about their connection. Lohan, on the other hand, was not Brett's girlfriend. The actress responded to the bogus allegations by slamming them on Twitter and saying they were untrue. She deserves kudos for being so direct!

Following the fact that his claimed girlfriend turned down such news, the actor was back in the dating game in 2018. One of his closest friends, Jerry O'Connell, worked as a matchmaker connecting Miranda Lambert, the singer. Regrettably, the romance never blossomed. The Australian-born is now limited to courting his on-screen co-stars and has yet to discover the right partner for himself. It will not only benefit him in settling down, but it will also provide him with the company.

Relevant Information; Before The Career & Net Worth

Tucker, being one of the three sons of Ken and Janice Tucker, was born on May 21, 1972. He grew up in the Yarra Valley in Victoria, Australia, alongside his siblings, Nicky, Mark, and David Tucker.

As a child, the actor entered Melbourne National Theatre Drama School, where he discovered his passion for singing and acting. His screen debut in the television series Snowy River: The McGregor Saga in 1996

In addition to acting, he dabbled in singing for a while, recording two songs. He committed himself to act, though and is unquestionably one of the greatest entertainers of all time.

Today, the actor currently resides in Los Angeles, has appeared in several American tv-series and movies. With acting credits in over 40 titles and counting, he is a well-known figure in the business adored by fans worldwide. And his worth in 2021 is predicted to be between $1 million and $5 million based on his expertise in the industry. And in the meantime, his net worth figures, like the modest profile he's kept, remain a riddle.