By LRU Writer | On: September 05, 2019
Josephine Langford is the next big name in the list of... has never used her sister as a mediator to land roles in...is speculated to be single but, being a very private person and not so interactive in social media, there is no...her parents share a profession as doctors, the two daughters opted a rather unique career path in... 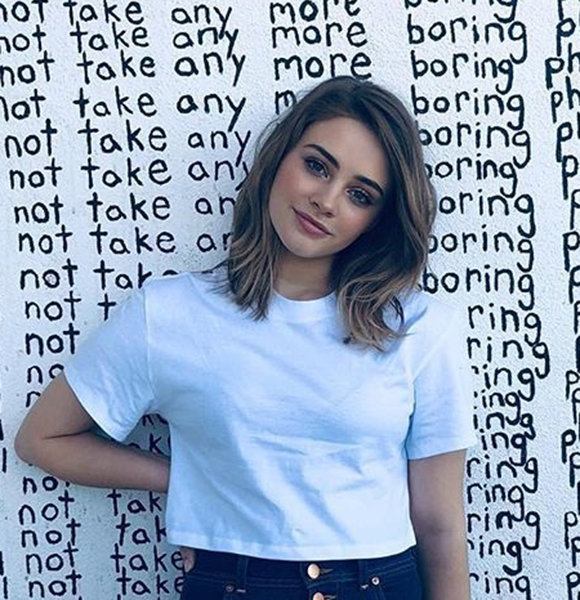 With her jaw-dropping entry into Hollywood, Josephine Langford is the next big name in the list of young actors.

While she is the younger sister of 13 Reasons Why actress Katherine Langford, Josephine doesn't need to use her sibling's name to land acting jobs.

After featuring in the Australian TV show Wolf Creek in 2017, the youngster gradually shaped her career. Until now, she has been a part of famous movies like Wish Upon and Pulse.

Josephine's onscreen chemistry with her After co-actor Hero Fiennes-Tiffin led many to believe that the two were dating in real life.

While neither Josephine nor Hero has come forward to address those rumors, fans are happy to assume the best for the actress and call Hero as her boyfriend. The Australian actress looks much-focused in her career as of now. And, it seems that Josephine is not a hurry to get into a serious relationship.

Born in Perth, Australia, Josephine Langford is 22 years old according to her birthday on 18 August 1997. The Australian beauty further stands at the height of 5 feet 5 inches (1.67m) and flaunts an Australian accent.

The smallest member in the family, Josephine is the younger sister of Netflix sensation, Katherine Langford. While her parents are both doctors, the two daughters opted a unique career path in acting.

Having said that, the passion for acting was always there for the After star. Josephine participated in school plays and started modeling at a very young age. Gradually, she learned more about the entertainment industry and became determined to pursue a career in movies.

Facing a few ups and downs in the way, the Perth native finally made it big with the movie, After. As of now, she is working a new project titled After We Collided, which is dated to premiere in 2020.

Josephine Langford is a budding talent in the film industry. She is yet to experience the daunting path that lies ahead of her. Having said that, the Pulse actress has also not taken her status for granted.

Starting with minor roles in Australian TV shows, Josephine stepped foot in movies via short-films like Sex Ed, Gypsy Blood, and Wished Upon. In reward for her hard work, the Aussie star was much appreciated for her role as Tessa Young in the movie, After.

Looking at her steady progress and success in such a short interval,  the Into the Dark actress is sure to make a significant hike in her net worth.