By LRU Writer | On: June 13, 2019
Briana DeJesus is a reality star known for Teen Mom 2...The news was rife that a two-time mother, Briana, had gotten pregnant again... Briana’s got pregnant with Stella from her one-night stand with baby daddy... 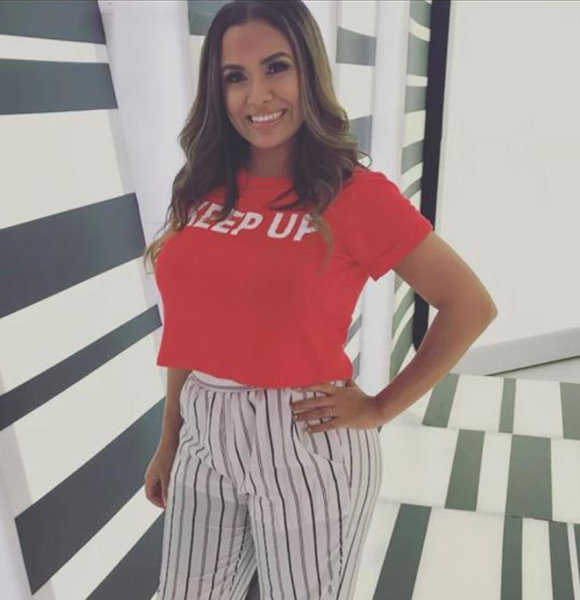 Briana DeJesus is a reality star known for Teen Mom 2. The MTV show brought fame in the life of the American celebrity. Previously, she was part of MTV’s documentary series, 16 and Pregnant.

Well, she is often in the news for explosive details of her personal life.

The news was rife that a two-time mother, Briana, had gotten pregnant again in 2019.

The rumors started when the Teen Mom 2 star posted a picture with her boyfriend, John Rodriguez and captioned him as “ Future baby daddy” in January 2019. Since then, people began speculating about the possible pregnancy and kept an eye on every move of the reality star.

However, Briana put to rest all the rumors and tweeted that she was not pregnant on 10th June 2019. She wrote,

1. I'm not pregnant 2. If I end up getting pregnant, it will be kept a secret. Good morning btw.

Although she hasn't made John her baby daddy yet, the pair are in love. Briana and her boyfriend started going out on 25th May 2018 but, made it Instagram official only in September 2018. Now, the couple are in a long distance relationship; Teen Mom2 star resides in Florida while her beau in New York. But, the pair make it work via traveling back and forth to meet each other.

The cherry on the cake is Briana’s mother and half-sister Brittany DeJesus' approval for the relationship. While talking to In-Touch in 2019, Briana revealed about her family’s seal of approval.

Unlike her previous relationship, Briana has kept her relationship with John, a private affair.

The reality star has an intense relationship with both of her baby daddies.

She got pregnant with Devoin’s child while she was still a teenager. In 2019, she revealed to RadarOnline.com that he used to give her only $65 in child support, but soon enough he stopped giving any money. Add to that; she found him drunk when she went to pick up their daughter, Nova from him.

Similarly, Briana got pregnant with her second child, Stella from her one-night stand with baby daddy, Luis Hernandez. He is not involved in the little girl's life in any way.

Thus, the reality star is providing for her kids as a single mother.

Briana has always been vocal about her plastic surgeries via her social media. She has done a breast lift with implant exchange, Brazilian butt, and tummy tuck lift in the past.

Again in 2018, she opted for breast lift, tummy tuck, reshaping and butt contouring with the help of Dr. Michael Salzhauer, aka Dr. Miami. She went for the plastic surgery to reshape her body since giving birth to her second daughter, Stella.